A Guide to 2019 Gibson Les Pauls: Traditional vs Classic

In this article, we’ll be looking at the differences between the Gibson Les Paul Traditional and the Gibson Les Paul Classic. The names of both these guitars do sound similar and even to look at, there aren’t a great many differences. However, given that there is a few hundred quid difference between the Traditional and the Classic, you would expect that there are features that set them apart. And you’d be right.

Both these guitars are classic (with a small c) Les Pauls in the sense that they both hark back to guitars of days gone by. However, given that they’re fitted with different pickup sets, they do have different tonal characteristics. To put it very simply, the 2019 Les Paul Traditional is inspired those all-hallowed late 50s models, whereas the Classic is inspired more by Gibsons (SGs as we’d know them now) of the 60s. 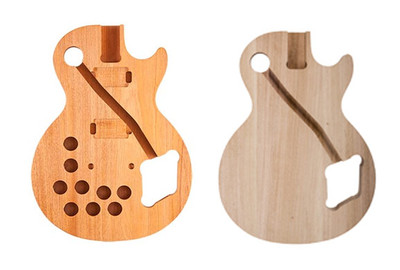 Aside from the different pickups, the Les Paul Classic has a Slim Taper neck profile (closer to a 60s profile) which is really comfortable, especially for faster players whereas the Les Paul Traditional has a chunkier, Rounded neck profile – as they were in the late 50s. The Les Paul Classic has kidney Grover machine heads (similar to the ones some players swapped their keystone tuners for in the 60s) – the Traditional has got 50s style, keystone tuners. The Traditional also has no weight relief, whereas the Classic does. This means that the Classic will be a little lighter, which is definitely something to consider. In theory, the Traditional not having any weight relief, will mean that it sustains a little more, though that’s very much up for debate (you could argue that more air within the body of the Classic gives it a little extra resonance). Both guitars also come with a great quality hard case.

Probably the biggest factor in an electric guitar’s sound is its pickups, which differ on these two models. The pickups in the Traditional are Burstbuckers 1 & 2, which have been designed to sound very similar to the original PAF humbuckers that helped make the Les Pauls of the late 50s so famous. It has a huge, beefy, full tone, that is rich and articulate. If you’re inspired by some of the great ’59 players, then the Traditional is the one to look at. 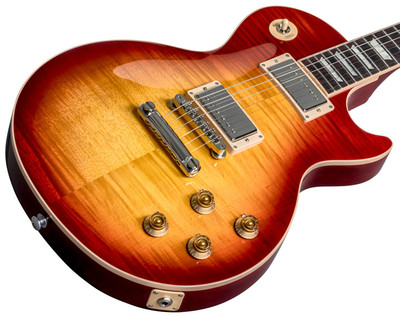 The 2019 Les Paul Classic is fitted with a pair of Burstbucker 61 rhythm and treble pickups. These are modern representations of the later era of the PAF pickup that helped create that iconic Gibson sound we all know and love. They use Alnico V magnets (as opposed to Alnico II on the Traditional), and to my ears, they’re a little more aggressive than the Burstbucker 1 & 2s, as well as being a touch brighter and have a little more attack. Playing through a Vox AC15, the Traditional was a little sweeter sounding, and seemed to have more harmonic overtones ringing out – whether that’s a result of the pickups, the wood, or other factors is subject for debate. Personally, I prefer the sound of lower output pickups, so for me, the Traditional would be what I’d gravitate towards, however, the Classic has everything you’d want in a Les Paul too.

It’s worth talking about the coil tap function on the Les Paul Classic too. If you lift up the volume knobs, you can basically make your humbuckers sound more like single coils. Having the coil tap function on this guitar does mean it’s really versatile – need a different sound for one part of a song during a gig? Just engage the coil tap and you’ve got it right there, without any pedals, or extra guitars. The Les Paul Traditional does not have this feature, though that’s how many purists want it.

Both the Les Paul Traditional and the Les Paul Classic are takes on a legendary guitar and are suitable for a huge range of music. Put crudely, the Traditional is like a late 50s Les Paul, and the classic is inspired by the Les Pauls (SGs) of the 60s. The guitars do sound different, though the difference isn’t huge. I’d say that more differences lie in the features – different neck profiles, weight relief, coil tap pickups etc. The Classic, in terms, of sound, is probably more versatile, but the Traditional is as close as you will get to a ’59 Les Paul without paying extra for a Custom Shop Reissue. It has a fantastic, rich tone, and will certainly please those looking for that hallowed Les Paul sound. Despite the differences between the Traditional and the Classic, both are incredible guitars, and classics in their own right.