Those of you who watched the Grammys last might may have noticed Ed Sheeran’s quite frankly, gargantuan looper pedal board. In fact, so many people noticed it that they crashed the popular gear website Equipboard (definitely worth looking at if you haven’t already). 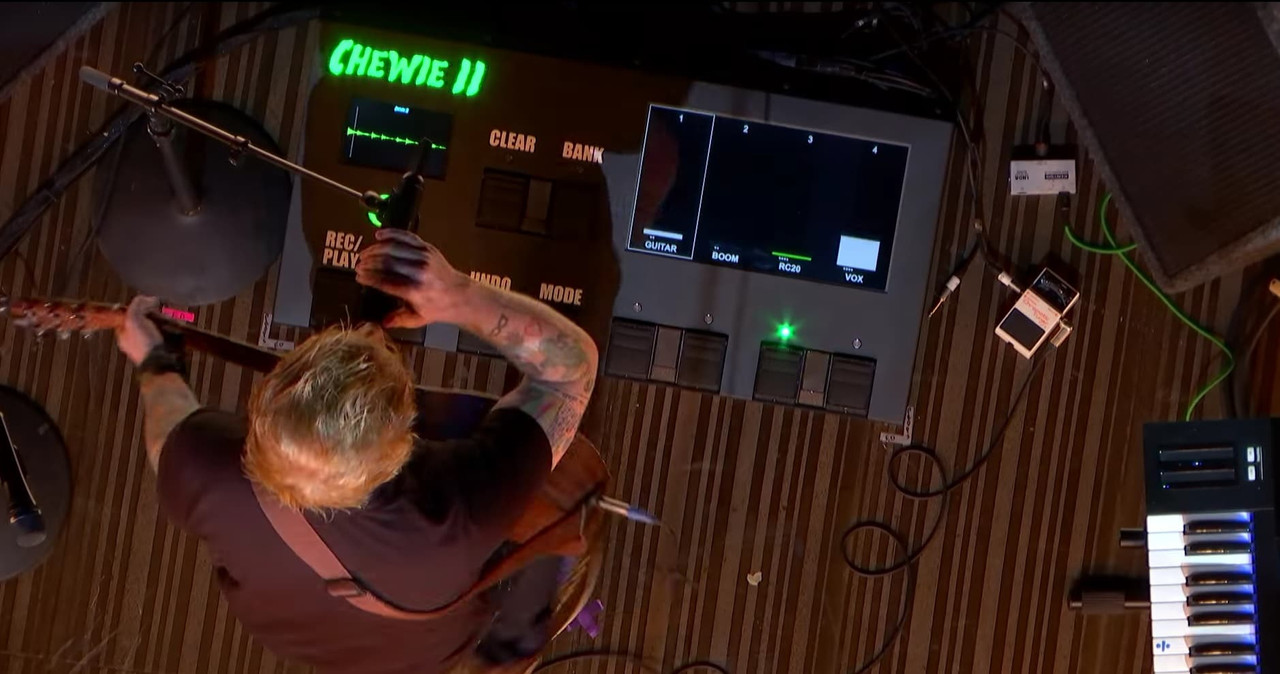 Ed Sheeran’s Chewie II Monsta Looper is a lot more than just a loop pedal. It’s basically a MIDI footswitch that controls a software plugin called Mobius 2 VST – this is running through Ableton Live. Sheeran’s completely customised looper pedal board means that he and his sound tech have ultimate control over both the creation and removal of loops, as well as the sound and effects on individual tracks – something that’s necessary when playing the biggest stadiums around the world. It even shows the wave form on a screen so he knows exactly what’s going on.

Many guitar players scoff at the mention of Ed Sheeran, but what he lacks in technical ‘showy-offery’, he makes up for in how he uses his loops. He and his guitar tech have developed this Chewie Looper to his specifications so that he can add and take away layers from his songs to make a greater, dynamic impact on his audience. There’s also no denying the impact that he’s had on younger players in recent years – Martin LX1Es and loop pedals are more popular than ever.

The bad news is, Ed Sheeran’s Chewie Looper isn’t available to buy. The good news is, you can do a lot of what that does with the Boss RC-300. It’s got eight individual pedals, plus an expression pedal to control effects in real time. These, whilst they might not be as flash as Sheeran’s flashy looper, have a lot of the same functionality – you can stop and start different loops, undo bad takes etc. The next one down is the twin pedal RC30 – probably our most popular model. Then you have the single pedal RC-3 and the RC-1.