There’s a brand new range of Fender electric guitars and basses. The new Fender American Pro series replaces the old American Standards and brings the guitars more in line with the recently released Fender American Elites. The Fender Strat, Tele, Jaguar, Jazzmaster and the basses are legendary models and have been played by an enormous range of players over the last sixty-odd years. The new Fender American Professional range has a few updates that bring the guitars into 2017 whilst retaining the character of what helped build the legend in the first place.

Given that these American Pros are essentially replacing the American Standards, we’ve put together a comparison to list the differences between them.

Difference between the Fender American Professional and American Standard Strat

The cornerstone of the new American Pro Fender Strat is the newly designed V-Mod pickups (designed by legendary pickup guru Tim Shaw). These are still classic Strat pickups, so you’ll still get all the vintage character that the Custom Shop Fat 50s had in the Standard. What’s nice about the V-Mod pickups is that each pickup in the Strat is carefully voiced for where it sits. They use different alnico magnets in each position so that the set is really nicely balanced. Not only this but they actually use a blend of magnets within the same pickup – stronger in the treble position to compensate for the smaller strings. The result is a high output, modern set of pickups that’s responsive, articulate and clear. They handle a lot of gain a bit better than the American Standard and it feels like they’re also a little more responsive. 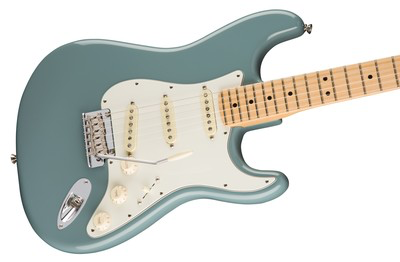 Another new feature on the American Pro series is the treble bleed circuit – this means that you keep all the high end in your tone when you turn down on your volume knob. Narrow tall frets on the American Pro vs medium jumbo on the old Standard, alongside a new Deep C neck profile (kind of in between a Modern C and a U) mean that string bending and high chord voicings are an absolute pleasure on these new guitars. A new series also means a new case – the same new case that’s supplied with the high end American Elites. 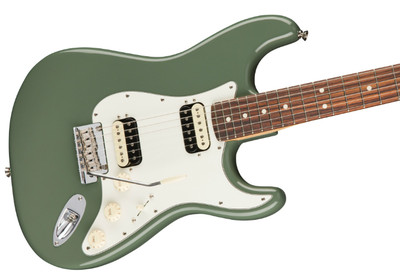 Difference between the American Professional and American Standard Telecaster

The new Fender American Pro Tele has many of the same upgrades as the Strat. The V-Mod Tele pickups are carefully configured for each position, giving a smooth and responsive sound. It’s also got the treble bleed circuit, upgraded hardcase, the new Deep C neck profile, and the narrow tall frets. What’s unique about the American Professional Tele is its new bridge. It’s got brass barrel saddles which allow for accurate intonation and also greater resonance. The old Standard had steel saddles so you’ll get a bit more resonance from the American Pro, when playing both acoustically and through an amp. You get a removable bridge cover supplied with the guitar too, so you can decide whether you have it on or not – a nice touch. 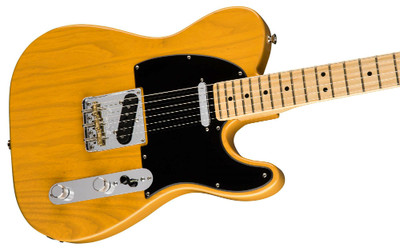 Fender have added another model to the Tele lineup – the American Pro Telecaster Deluxe Shawbucker, equipped with – you guessed it – two Shawbucker pickups. These pickups, combined with the trademark Tele twang and bite make the guitar really versatile, and a real joy to play – probably my favourite guitar within the Fender American Professional series. 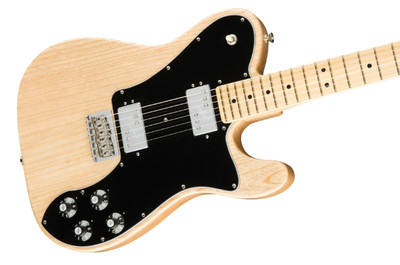 More and more players recently, have been turning to the Fender alternatives for their weapon of choice on stage and in the studio, so it’s no surprise that Fender have added the Jaguar and Jazzmaster to their new flagship range. The Fender American Pro Jag, like the rest of the series has brand new V-Mod pickups, incredibly well balanced thanks to the proprietary blend of alnico magnets. These pickups are on no other model seen before. In line with the rest of the American Pro series, Fender have updated the Jag with a deep C neck profile, narrow tall frets, Elite hardcase, treble bleed circuit and… wait for it… a bridge that keeps the strings in place!! Wahoooo! 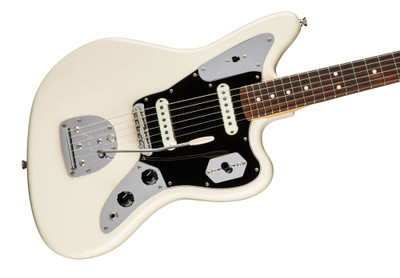 Fender describe this new model as a ‘hot-rodded’ Jaguar – high output, whilst retaining the characteristic, vintage sonic qualities that make the guitar what it is. If you want a reliable, quality guitar with an amazing retro vibe to it, the Fender American Pro Jaguar and indeed, Jazzmaster are certainly ones to check out.

The new Fender American Pro Jazzmaster has recieved a similar treatment in that it’s got all the flagship upgrades, and new pickups designed by the man behind Eric Johnson signature Strat pickups – Michael Frank. So much work has gone into these V-Mod pickups and it’s clear when you hear them – very defined, nice and punchy but still full of their vintage character. 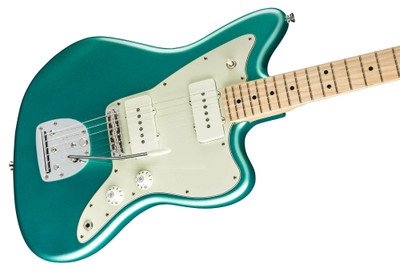 The new Fender American Pro series also sees the arrival of updated Precision and Jazz basses. Like their six-string counterparts, the main feature of these basses are the new pickups; carefully designed and calibrated for ultimate tone. Both the American Pro P-Bass and the Pro Jazz bass also have new, upgraded tuners – Fender say that these optimise the break angle between the post and the nut, increasing the sustain – great. My take on it is that your bass is likely to hold its tuning better. Other upgrades include the Elite hardcase, redesigned neck profiles and narrow tall frets.

The American Pro P-Bass dishes out classic low end with a new V-Mod split-coil pickup. This uses the same alnico blend idea as the guitar pickups, giving you a more balanced sound. Whether you’re playing with a plectrum or fingers, I find it more responsive than the old Standard, allowing you to play with greater dynamics. This new Precision has got a ’63 neck profile, giving you the left hand comfort that those much sought-after pre-CBS models had. The P-Bass does everything – it always has. With noted users from Dee Dee Ramone to Pino Palladino to John Paul Jones, the P-Bass in its new American Pro format looks set to carry on driving rhythm sections around the world. 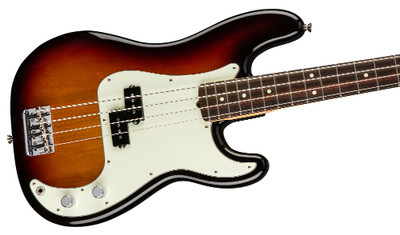 When the Jazz bass came into production in the 1960s, it had a thinner neck profile than the P-Bass and the new Fender American Pro series reflects this nicely. The new Jazz has a really comfortable slim modern C neck profile – great for nailing those speedy Joe Dart-esque funk licks down. Pickup wise, in true Fender American Pro fashion, it’s got blended alnico V-Mod single coils, with both positions providing a little more clarity than the previous American Standard. It’s exactly what you want a modern Jazz bass to be – great fun to play, practical and bursting with character. 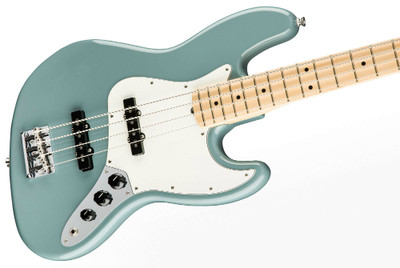 Both the American Pro P-Bass and Jazz bass are available in 4 string, 5 string and left handed versions. The Jazz is also available as a fretless bass – definitely worth checking out if you’re a fan of Marcus Miller, Victor Wooten, Jaco Pastorius and the like.