X
This site uses cookies to provide and improve your shopping experience. If you want to benefit from this improved service, please opt-in.
More Info
Accept Cookies
COVID-19 Update Online orders dispatching as normal. Our Blackburn store is open for click & collect orders only, appointments coming soon
Reidys BlogUncategorizedFender American Strats: Pro VS Elite VS Special – The Difference Between Them
Menu
Uncategorized

Fender American Strats: Pro VS Elite VS Special – The Difference Between Them

Within the modern range of US built Fenders, there are different versions of the Strat that can leave even the most experienced players a little confused. In the last year, two series have been discontinued and replaced. The American Standard has been replaced by the American Pro, and the American Deluxe has been replaced with the American Elite to reflect changes in players’ needs and wants. The Fender American Special, American Professional and American Elite Strat offer players a slightly different feel and sound, whilst still retaining that characteristic ‘Strat-ness’ that we’ve become so accustomed with. If you’re seeking a really high end Strat, then check out the Fender Custom Shop models. 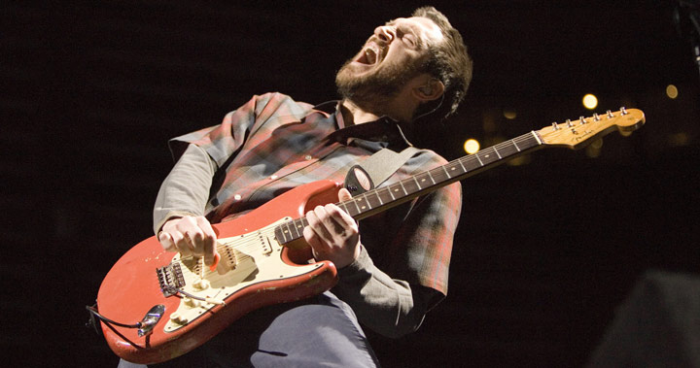 Surely a Strat sounds like a Strat? Well, yes it does – all three American models and even the Mexican models share a certain glassy, chimey tone that has helped catapult the guitar to it’s iconic status. However, there are other tonal characteristics that help differentiate between the models. One of the biggest differences between the Fender American Special, Pro and Elite Strats is that they all have different pickups, which help make them all sound slightly different. Also, while there are different pickup configurations (e.g. twin humbuckers and humubucker with two single coils), we’ll be focusing on the classic SSS (three single coils) configuration.

The American Special Strat has Custom Shop Texas Specials. These pickups are great for that vintage blues rock sound. Think Stevie Ray Vaughan, Rory Gallagher, that kind of thing. These pickups are slightly overwound and so have plenty of mid range bark as well as shimmering highs. They’re versatile too, so whether you’re playing them clean or with distortion, they’ll sound great. Out of the three, they’ve probably got the highest output so will break up a little sooner. The American Special Strat has got a Greasebucket tone circuit which allows you to roll off the highs without adding extra bass frequencies.

Also, the American Special is the only one out of the three to have jumbo frets which, in theory, will add something to your tone. Slightly larger frets will add a little sustain and general ‘beef’ to your sound, but can compromise some clarity and precision.

The Fender American Pro Strat is the newest model released by Fender and so has their latest set of pickups – the incredible V-Mod single coils. Within these pickups, Fender have used a blend of alnico magnet so that you get a more balanced sound between all six strings. They’re calibrated very carefully for each position too so that whatever pickup configuration you’re using, you get a balanced and responsive sound. They handle gain really well and have the classic Strat mojo that helped make them famous in the first place. Furthermore they’ve got a treble bleed circuit which helps retain those higher frequencies when you roll down the volume. The V-Mod pickups in the Fender American Professional Strat help give it a classic sound, that’s more than capable of handling modern music if you need it to.

The Fender American Elite Strat has got more tonal possibilities, compared to the American Special and Pro. Loaded in the guitar are three Noiseless pickups. These are Fender’s fourth generation and build on the previous set, as was seen in the old Deluxe Strat. These new Noiseless pickups do a better job of getting rid of any unwanted noise. One of the downsides to single coil pickups is that they can sometimes be noisy – these pickups cancel out annoying buzz and hum to make sure you get a clearer sound and let the bell-like chime shine through. They’re very detailed and dynamic pickups so what you put in, you get out.

The American Elite also features S1 switching, which in a nutshell, doubles the five different sounds you have already (using the pickup selector), to ten. So, in addition to the standard five pickup configurations, you’ve also got another five sounds that come from wiring various pickups in series and out of phase. So, not only does the American Elite Strat sound great but it’s extremely versatile in terms of sounds you can get out of it – more so than the Special and Pro Strats. This means that any style of player will be perfectly at home with it. 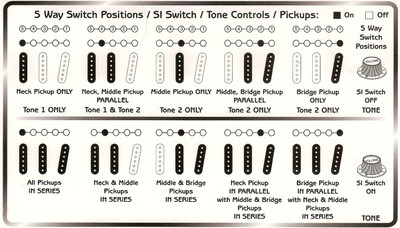 All three of these guitars have different neck profiles so they’ll each feel a little different in your left hand. The American Special Strat has a modern C profile – this is a comfortable, fairly universal profile that has been featured on many Strats and retains its shape throughout all of the neck. The deep C neck profile on the American Pro is a little thicker (though not as thick as a 50s Gibson neck) and is somewhere between a modern C and U shape; personally it’s my favourite of the three. The Fender American Elite has a compound neck shape and radius – that is both the curvature of the fingerboard and the neck shape change as you go further up the neck. Towards the bottom, it’s got a modern C profile, then towards the top it becomes a D profile – a bit flatter on the back. This combined with the 9.5-14″ fretboard radius essentially means that chords feel great to fret lower down and speedy lead work is easier at the top (a contoured neck heel gives even easier access to the highest frets). The Special Strat also has a vintage style tremolo system, compared to the Pro and Elite’s two point trem system so you may notice some differences when using the whammy bar. 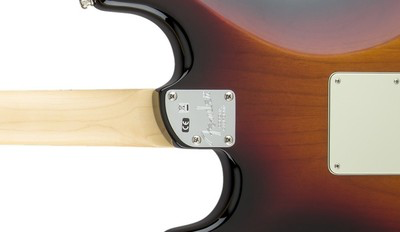 The contoured neck heel on the American Elite Strats

Difference Between American Special, Pro and Elite Strat – Other

There are other differences between the Fender American Special, Pro and Elite Strats aside from sound and feel. First off, the Special comes supplied with a padded gigbag whereas both the Pro and Elite come with quality hardcases. The American Pro Strat features Fender’s Micro-Tilt neck adjustment feature. This allows you to slightly alter the neck angle; something you might find yourself needing to do if you change any bridge parts or after a big set-up. The American Elite Strat has a new truss rod wheel that makes adjusting your action a bit easier too. It’s all to do with getting the guitar so if feels comfortable for you. You’ll also find that the Elite has got more ergonomic body contours for extra comfort and locking machine heads to help it hold its tuning better. 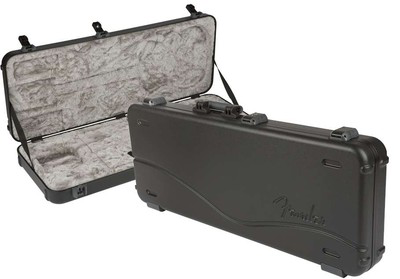 Whilst all three of these models share similarities, there are many differences between the American Special, Pro and Elite Strats. If you want a great quality Strat that gives you the classic tone the guitar is known for, then look at the American Pro – it gives you this, plus has the edge to cater for modern players as well. The American Elite has this, plus extra modern features and gives you a lot more tonal options with the S-1 switching system – the compound neck radius and profile will also please old school players and modern shredders alike. The American Special is great too; it’s a slightly beefier but less refined sound, plus it’s got the highest output pickups out of all three. With its 70s style headstock, it’s dripping with vintage character and has the tone to match.

In over 60 years, there has been much tinkering around with the Strat – the various models are evidence of this, but it’s still very much the same guitar it always has been. It’s got such a unique sound and people of all ages and playing styles still want that. Despite their differences, the Fender American Special, Professional and Elite Strats will all give you that much-loved sound, and provide you with years and years of enjoyment!