Fender have announced a brand new range of modern, high-performance American-built guitars – the Ultra Series. These build on the legacy of the American Elite, and the American Deluxe before them, and are jam-packed full of contemporary features for the modern players. 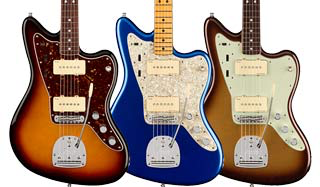 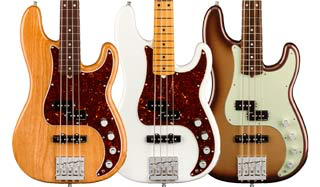 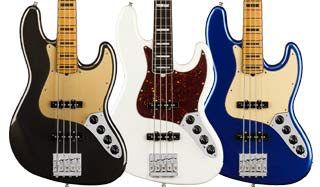 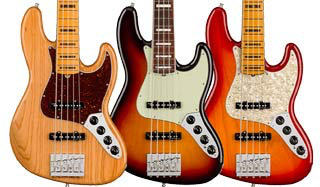 Like with all the new Fender series of late, the American Ultras feature completely new pickup sets. The pickups in these are Ultra Noiseless Vintage. Whilst they’ve got enough of an edge to cater for rock and metal players, they still retain a lot of the vintage characteristics that made us all fall in love with Fender in the first place. With the pickups being Noiseless, you can crank up the gain on your rig, and not have to worry about loads of unwanted hum or buzz from your single coils.

Like the old American Elite, guitars in the American Ultra series have an S-1 switch that gives you advanced wiring options, that give you a big range of tones from just one guitar. The Fender Ultra basses have active/passive switches too, so if you want extra control over your EQ, you’ve got it there at the flick of a switch. We got our hands on the new Fender American Ultra Tele, which you can hear in the video below.

The pickups aren’t the only modern appointment in the American Ultras. There’s a new Modern ‘D’ neck profile that’s a touch thinner than the compound profile on the American Elite. This, combined with the compound 10-14″ fretboard radius and rolled fingerboard edges, helps make the American Ultra super playable for both rhythm and lead playing, whatever style of music you’re in to.

The body and neck heel contouring is also really nice. One of the first things I noticed when picking one up was the ease of access to the top of the fingerboard. There’s a contour on the back of the lower cutaway of all the guitars in the American Ultra series that make playing lead lines on those top frets a little easier. Also, the contours on the back of the body make them really comfortable to play for extended periods of time. 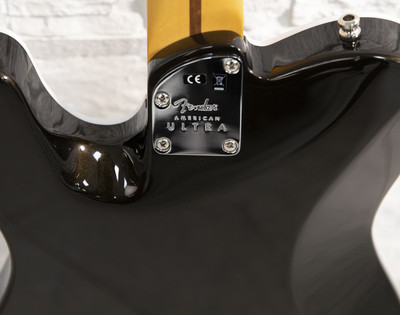 A satin finish on the back of the neck and gloss finish on the front of the headstock gives the American Ultra a really nice feel and a super sleek look, whilst the locking tuners help massively with tuning stability. There are also some beautiful new finishes in this series too; some of my personal favourites include Mocha Burst, Plasma Red Burst, and Texas Tea. 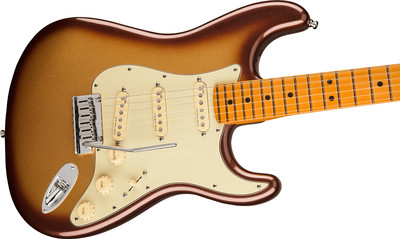 It’s not a huge move away from the American Elite series, and that’s one of the reasons why I love the American Ultras. Fender have added enough new features to it, but kept parts that players loved. For me, the new pickups and slightly updated ergonomic design really do make them an absolute joy to play. It’s nice to see Fender aren’t resting on their laurels; they’re always looking to see what they can improve, but always without it being gimmicky.

The American Ultra series of guitars and basses is a great representation of their innovation, plus when you look at the American Performer, Pro and Original ranges as well, you’ll see that Fender have got pretty much every possible base well covered.