Every year, Gibson make a few changes to the lineup of guitars they offer. Both the Gibson Les Paul Faded and Les Paul Studio, in one form or another, are usually in the lineup and usually come in at the lower end of the price range. This year, the Les Paul Faded is the most affordable Gibson USA model, with the Studio not too far ahead of it. 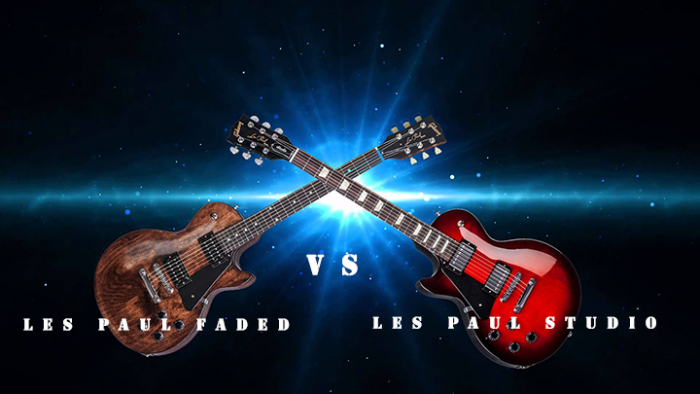 What’s the difference between the Les Paul Studio and Faded? – Sound

We’ll start with the pickups. The Gibson Les Paul Faded and Studio come fitted with different pickup sets so they do sound slightly different, though they’ve both still got that classic Les Paul sound you’d associate with the guitar i.e. big, beefy, warm, with plenty of sustain.

Gibson have changed the pickups on the Studio this year – it’s fitted with a 57 Classic in the neck and a 57 Classic + in the bridge. As you might have guessed, these are based on the legendary pickups of the late 50s so deliver that old school Gibby tone. The Alnico 490s in the Les Paul Faded are a slightly more modern pickup, with a touch more presence in the upper mids. I find the 57s to have a bit more warmth to them. It’s also worth noting that the 57 Classic + in the bridge of the Studio is slightly overwound. What does that mean? Well, the strings move less near the bridge and the pickup in the Studio helps make up for that so in theory, you’ll get a better balance between the two pickups. The way I hear it, the bridge pickup on the Les Paul Studio breaks up a bit sooner – as expected, which might give it the slight edge if you’re playing hard rock or metal. 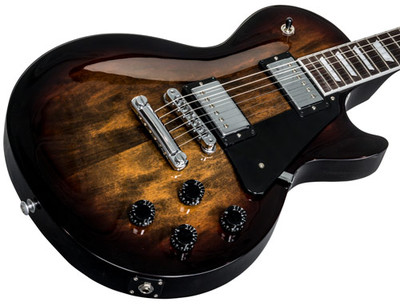 The Les Paul Studio also allows you to coil tap the pickups, which the Faded doesn’t. By pulling up on the volume knobs, you can get the humbuckers to sound more like single coil pickups (like you’d see in a Strat or Tele) giving you a thinner, snappier sound. Coil tapped pickups essentially give you another set of sounds in the same guitar – go from classic Les Paul to Strat-esque sounds in a second! This makes the Les Paul Studio more versatile than the Faded. 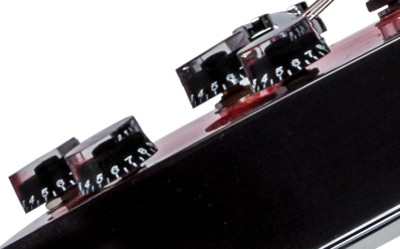 Simply pull up on these to get single coil style tones

Another difference is that the Les Paul Faded has a maple neck, and the Studio has a mahogany neck (both with rosewood fingerboards). Maple is denser and stiffer than mahogany so in theory, might sustain a little better. It does sustain really nicely – but the Studio does too! Whilst the neck material is certainly different on these two guitars, how much it affects the difference in tone between them is borderline negligable.

What’s the difference between the Les Paul Studio and Faded? – Feel and Features

In terms of how they feel, they are very similar – they share the same neck profile, average body weight and body depth. One thing that is different is the control knobs – black top hat style on the Faded; speed knobs on the Studio. Neither is better – just different. How the guitars are finished is also different which affects how they both feel, as well as how they look. 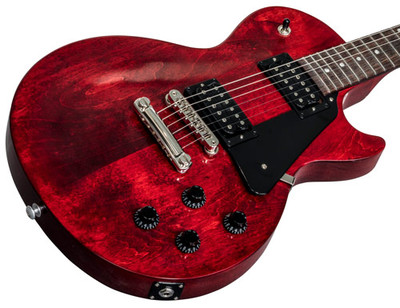 One of the biggest practical differences between the Gibson Les Paul Faded and Studio is the case. The Faded comes supplied with a gigbag and the Studio includes a hardcase, as well as a Gibson multi-tool that makes restringing and tweaking your action a bit easier. A decent hardcase is usually over £100 so here, you can really see where your extra money goes. Other differences include Grover tuners on the Studio – they’re a tad surdier than the vintage keystone style tuners on the Faded.

The Gibson Les Paul Faded and Les Paul Studio are both towards the more affordable end of what Gibson do, and mean that more players have access to this legendary guitar. The Les Paul Studio was designed as a stripped down version of the Standard, without any of the flash extras but still with great playability and sound – it’s since become somewhat of a classic guitar in its own right. The Les Paul Faded, in the last few years has been the cheapest Les Paul in the series but it’s still an American Gibson, packed with amazing features.

The gigbag (with Faded) and hardcase (with Studio)

For me, the main differences between these two guitars are the coil tap function, higher output bridge pickup and hardcase with the Studio. Overall, the guitars really aren’t wildly different, but the Les Paul Studio is more versatile – being able to go from a super distorted metal sound to a snappy single coil sound is something the Faded can’t do, and it’s nice having a little extra bite in the bridge pickup. The full body, higher gloss finish on the Studio also makes the guitar look more expensive. They do however, both give you the classic, beefy Gibson Les Paul tone that’s been so rife throughout rock and blues over the last 60 years so you’ll not go far wrong with either!