X
This site uses cookies to provide and improve your shopping experience. If you want to benefit from this improved service, please opt-in. Cookies Page.
Accept Cookies
Reidys BlogUncategorizedHow To Sound Like Hank Marvin
Menu
Uncategorized

Hank Marvin is one of, if not, the original guitar hero. He’s the reason why many people play a Strat. In the late 50s and 60s, Hank’s playing was unique and fairly groundbreaking. Even today, his playing style and sound is instantly recognisable. Whilst a huge part of his sound comes from the man himself, a lot of it does come down to gear. As such, if you want to know how to sound like Hank Marvin, take a look below. This isn’t aimed at being a comprehensive guide to what gear he used; simply what you can buy now to get you in that ball park. We’ve catered for three different budgets – beginner, intermediate and pro. 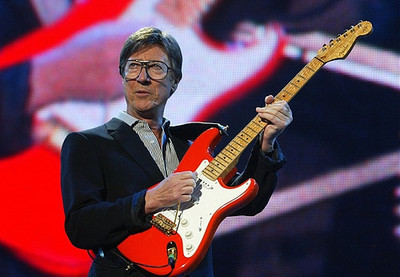 First some general tips; Hank generally used fairly thick strings so if you can, a set of 11s will get you closer to his sound. Also, his hand is rarely off the trem arm – careful use of the tremolo system on a Strat will give you all the flourishes that his classic tunes need. Another thing to try is to experiment with whereabouts on the string you pick – picking near the bridge and near the neck will weild two very different tones.

Whilst this isn’t the cheapest Strat that Squier do (look at the Bullet Strats if you want to spend a little less), the pickups are voiced more like a vintage Strat. Hank Marvin got the first Strat that came into the UK in the late 50s, so the 50s, or even 60s Classic Vibe Strat will get you closer to Hank’s sound. They’re built really well and represent amazing value for money. You’ve got the 5-way pickup selector, so you can get a range of tones to suit whichever song you’re playing. The sound isn’t as clear or defined as it is on more expensive Strats but for the money, it’s a great guitar and will certainly get you on your way to sounding like Hank Marvin. 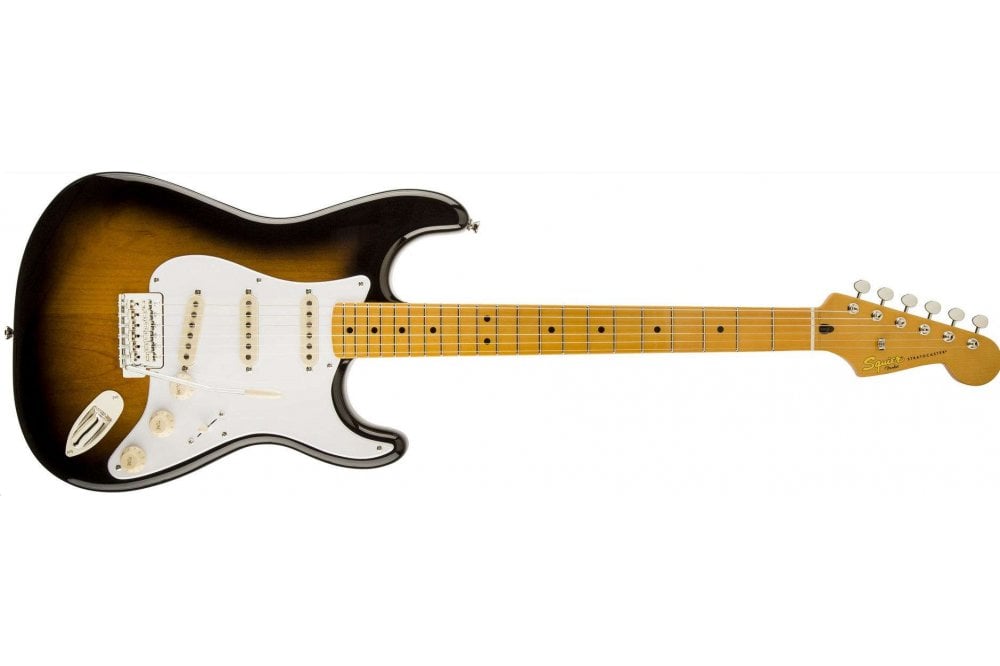 With better hardware, pickups and build quality than the Squier, the Fender Vintera 50s Strat gives you vintage-voiced tones and great playability. A lot of research has gone into the pickups on this guitar – they’ve used the same wiring and magnets as they did in the 50s, so you get a really authentic sound. The 50s Strats also give you the period correct finishes, though unfortunately, there’s no Fiesta Red for this model! It’s also got a maple fingerboard – which not only looks right but will lend an extra touch of brightness that’s crucial to the Hank sound. 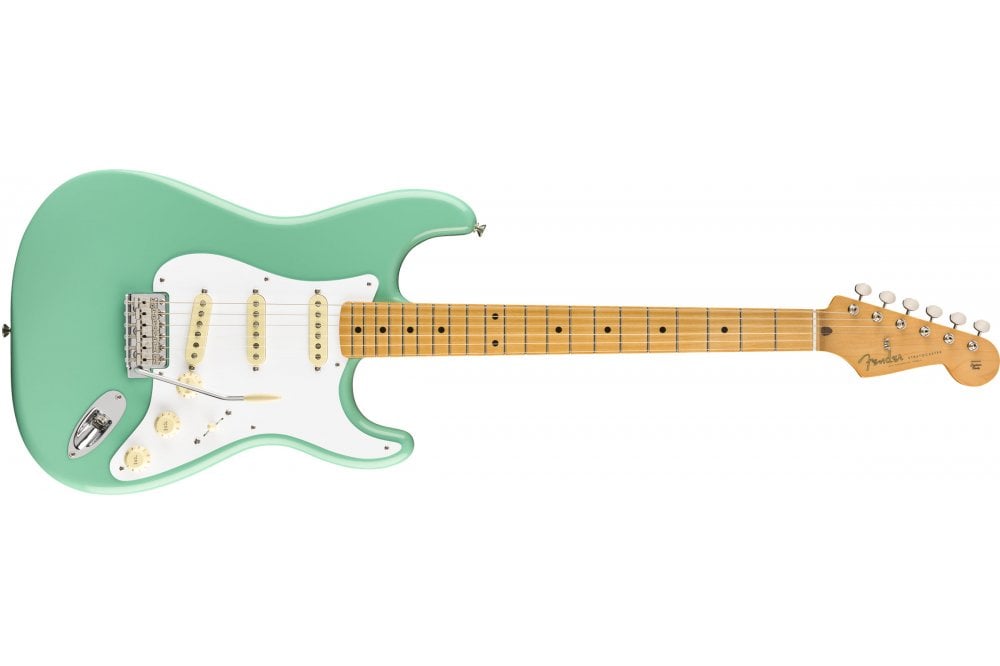 The Fender Custom Shop makes some really special instruments, and this is one incredible example. The clarity and definition you get from these pickups is outstanding. They pick up every slight nuance of your playing, allowing you to be more expressive. Hank Marvin used a lot of dynamics in his playing i.e. various shades of loud and soft, and this guitar better represents this. It’s fitted with Custom Shop 50s pickups to give you tones reminscent of that era. It’s also got exactly the right look – Fiesta Red, birdseye maple neck and gold hardware! If you want to sound like Hank Marvin, there aren’t many guitars better suited to that than this, plus it’s an investment piece. 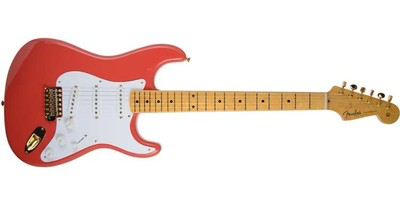 Whilst Hank is more known for playing Vox amps, he has played Fender too. This model is very different to what Hank will have played but, it packs an awful lot into a very budget-friendly amp. The Mustang GT is a modelling amp – it models how other, more expensive (usually valve) amps react. This means you can get a massive range of sounds from one amp. To sound like Hank Marvin, you’ll want to concentrate mostly on clean sounds and this amp has plenty of clean amp sounds on board. It’s also got effects built into it, so you can add reverb and delay, without having to buy seperate pedals. 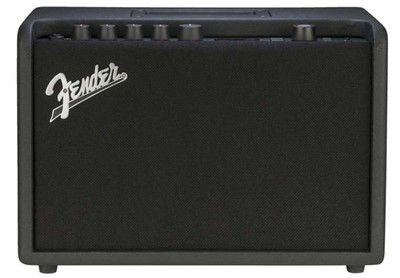 A fairly new model from Vox, the AC10 gives you the classic sound that the brand and series is famed for. It boasts the Top Boost tone circuit that Hank had his AC30 modded with in 1959, so you can get all that high end goodness. Hank often used Vox AC15s and AC30s back in the day so this amp will, with a Strat, deliver a very similar tone. The nice thing about the AC10 is that it’s more powerful than the AC4, plus you’ve got more control over the tone and you’ve got reverb built in – crucial if you want to sound like Hank Marvin. 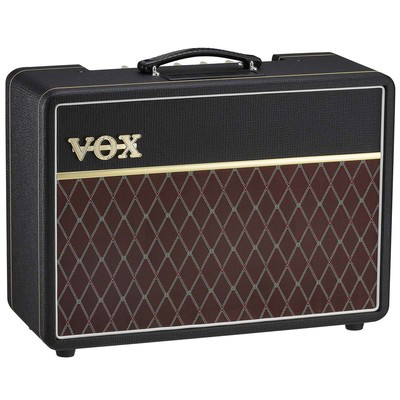 The AC10 isn’t as big and heavy as its more powerful counterparts so if you’re just playing at home, it’s an ideal size. If however, you’re wanting to gig with it, then it might be worth looking at either the AC15 or AC30.

The Vox AC30 came into fruition at the request of Hank himself; apparently the AC15 just wasn’t cutting it in terms of volume when playing to Cliff Richard’s adoring, but noisy fans. Either one of the above amps is going to give you a great Hank style sound and will be plenty loud enough to gig with. The Hand Wired AC30 ensures that none of your precious tone is lost throughout the signal chain. It weilds a really rich sound and, particularly with a nice guitar, you’ll hear everything that you put into the instrument replicated accurately through the speakers. The other choice, the AC30C2X is a regular AC30, fitted with Blueback speakers. These speakers are more like those used in the early Vox amps, like Hank used. 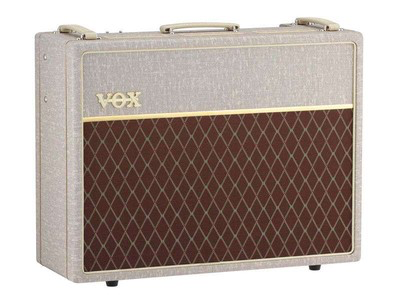 A huge part of Hank Marvin’s sound is the echo. There’s little to nothing in the way of modulation or drive effects (for his classic sound anyway). As such, you’ll mostly need to look at delay and reverb pedals. If you’re serious about getting Hank Marvin’s sound, you might want to think about getting two delay pedals; sometimes you can hear a short and a long delay.

Back in the day, Hank used an old tape echo for that famous slapback delay. Tape echos gave you slight fluctuations and flutters in pitch, which modern analogue delay pedals can recreate nicely. Here are some suggestions that can give you the charm of vintage gear, without the huge price tag!

Maxon AD10 – This is a great quality, simple, analogue delay pedal. With its three knobs, it’s easy to dial up that Hank-esque slapback, amongst a whole array of other sounds. Both sound and build quality make the Maxon a really good choice. 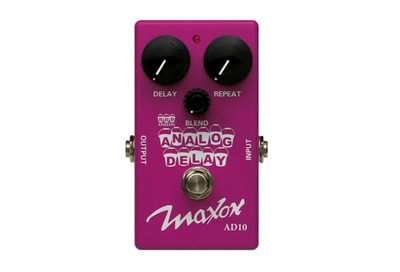 Electro-Harmonix Memory Boy – An icon in the world of delays, Electro-Harmonix delay pedals have been around since the 70s. Again, this one’s fairly easy to use – just dial your settings in on the four knobs and away you go! 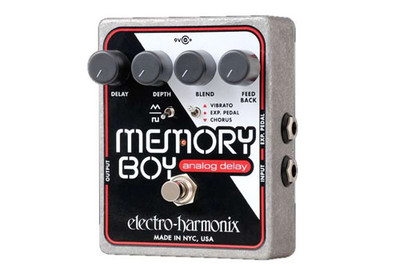 Line 6 DL4 – This delay pedal is a lot more in-depth. You’ve got many more sounds, including a tape echo setting, to really nail Hank’s delay sound. You can also use one of the footswitches to tap the tempo of the song with your foot, instead of trying to dial it in on a knob. 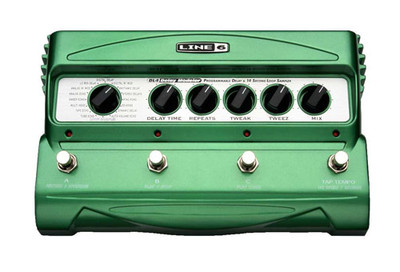 Electro-Harmonix Holy Grail Neo Reverb – This one’s super easy to use – just choose what kind of reverb you want (spring and plate would be good for Shads stuff), then dial in the amount with the knob. A great pedal that offers good value for money. 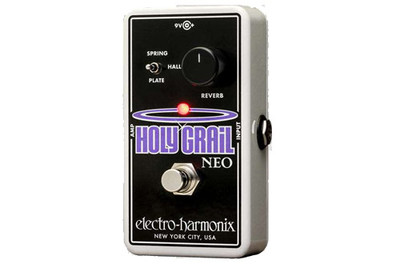