X
This site uses cookies to provide and improve your shopping experience. If you want to benefit from this improved service, please opt-in. Cookies Page.
Accept Cookies
Reidys BlogUncategorizedHow To Sound Like… Slash
Menu
Uncategorized

The top-hatted Les Paul slinger has almost become just as well known for his stories of rock and roll excess as much as he has for his playing style and sound. It will be the latter of those two that we’ll be looking at here though. He’s so much of an icon that we had to put his face on the outside of our shop! Throughout his days with Guns N Roses, Slash’s Snakepit, Velvet Revolver and his recent solo project, Slash has had a great classic rock-style tone with enough of a contemporary twist to keep new fans interested, as well as the older ones.

This is a rough guide on how to sound like Slash; we’ll go through a few different options of guitars, amps and pedals, catering for all types of budget.

A Les Paul is an absolute must in a Slash-esque rig. A massive part of his sound comes from his guitar and the Epiphone LP100 is a great place to start. The two humbucking pickups will take care of a wide range of tones; from warm cleans to cutting distorted sounds. A guitar with a fair amount of mass in the body is key in getting a sound like Slash and the LP-100 has that, without it being too heavy for younger players who are perhaps just starting out. For an entry level electric guitar, it plays and sounds great, plus it’s certainly got the right look for someone wanting to channel the spirit of the top-hatted man himself.

An American-made Gibson Les Paul at an amazing price.  The Alnico 490 pickups provide a great balance between vintage and modern tones in that they’ve got the old school bite and crunch that make the late 50s models so appealing (Slash’s main guitar is based on a ’59 Les Paul), but have a high enough output to handle more contemporary high gain sounds.  His playing style is a great embodiment of classic meets contemporary and if you want to sound like Slash, then the Les Paul Studio Faded can help you get the right tones to achieve this. Gibson offer the Les Paul Studio Faded in a few different finishes so you can sound like Slash but choose your own look!

These guitars are made to channel the spirit of the all-hallowed ’59 Les Pauls, with just a few subtle changes to adapt them for modern players. The pickups in this guitar will give you that great classic rock sound; whether it’s bluesy clean tones, crunchy rhythm sounds or searing lead boosts – you can sound like Slash, as well as whole host of other rock legends. The Gibson Les Paul Traditional is made to incredible standards, the feel and playability is amazing and the finishes are great – they look exactly how you would want a classic guitar to look! If you really want to push the boat out and go for the whole Slash vibe, then check out the Gibson Les Paul 1959 Reissue – made to exactly the same specification as they were in that most holy of years, just like Slash’s. 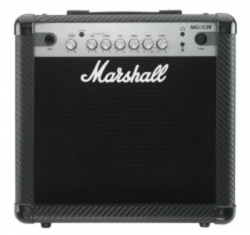 This is a basic two channel amp that will give you clean and distorted sounds. Now, to really sound like Slash, a valve amp turned up is ideal but that’s not always convenient, or indeed, affordable. This 15-watt Marshall amp will give you a nice tone, for classic rock and much more. Slash doesn’t use a great deal of reverb but dialling in a little will help you get closer to his sound; luckily this amp has reverb built in. As well as that, it’s got a headphone socket for silent practice, and a line in so you can plug in your phone or MP3 player and jam along to Appetite to your heart’s content. It’s also got a three band EQ which allows you to cut and boost certain frequencies – turn the mids up to get that cutting Slash lead tone! 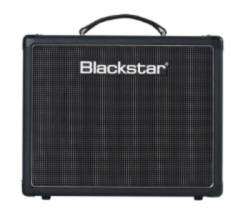 Now I know it doesn’t bare the famous Marshall logo but stick with me here. Slash did use other amps, particularly whilst recording. Blackstar make incredible, versatile amps so whether it’s rock, blues, pop, metal, or whatever you’re going for, this amp can get the right sound. Obviously, you’re here to sound like Slash, so with a little tweaking of Blackstar’s patented ISF (Infinite Shape Feature) control, you can get that cutting, classic rock tone in seconds. It’s got enough gain on board to cater the whole spectrum, from the ballads to the stadium rock belters. It’s worth noting too that the HT5R is a valve amp so you’ll get that unmistakable tube overdrive which is quite key to Slash’s sound. To really get the most out of a valve amp, you want to turn it up, which given that it’s 5 watts, you can do without deafening yourself. It’s an ideal little amp for either home or the studio. Other features include a headphone output, effects loop, reverb, three-band EQ and foot-switchable channels.

Slash has used a number of different Marshall heads over the years, the Marshall Plexi Super Lead, arguably being the main one . This head is one of the biggest amps in rock and roll history, having been played by many of Slash’s heroes as well as the man himself. Crank this up and you’ve got one of the best overdriven sounds any amp will give you, which if you want to sound like Slash, is what you want. It’s not got a clean and a dirty channel as such but if you turn the volume up on the amp, there’s your dirty channel and to clean the sound up, simply turn down the volume on your guitar. There are other amps that will get you to sound like Slash, many of which he has used over the years on different albums and tours. These include the Marshall JCM800 and the Marshall Silver Jubilee Reissue.

He’s hardly The Edge, but Slash does use a few carefully selected effects to add texture to his sound, some more obvious than others. We’ll just go through a few of his main pedals, and others that will help you sound like Slash in a live performance scenario. 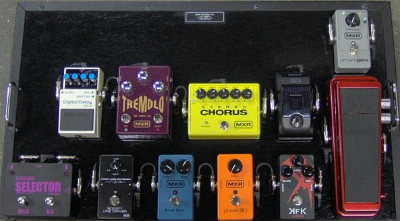 Slash loves a wah. There’s a number of songs that feature a wah pedal, both from his Guns N Roses days and more recently. This particular model is his signature Cry Baby and gives you the option of adding in extra gain if you so desire it. Otherwise, it will give you that classic wah tone that you hear on songs such as Mr Brownstone, By The Sword, Civil War, Slither and more.

A really handy pedal to have if you want to sound like Slash. He actually has one of these on his pedalboard – it will give you that fuzzy, octavey sound at the start of Watch This from his first solo album. Slash will sometimes double up parts in the studio with another octave so using this can help you get that sound when there’s only one guitar player.

Slash will mostly use a delay pedal for some solos – put a short delay and repeat time and you’ll get what’s known as a slapback delay. This is a really helpful trick in adding a little texture to your guitar sound. Plus you’ll need a delay pedal to get that famous Welcome To The Jungle intro nailed.

Another great pedal to have in your arsenal, particularly if you want to sound like Slash. You’ll hear him use a phaser on By The Sword and a few tracks from the Use Your Illusion albums. It’s also another pedal that’s normally on his touring board.