X
This site uses cookies to provide and improve your shopping experience. If you want to benefit from this improved service, please opt-in. Cookies Page.
Accept Cookies
Reidys BlogUncategorizedMartin VS Taylor: Which One Is Better And What Are The Differences Between Them?
Menu
Uncategorized

Martin VS Taylor: Which One Is Better And What Are The Differences Between Them?

Martin and Taylor are two of the biggest manufacturers of acoustic guitars in the world. Martin are steeped in history, having been established in 1833 whereas Taylor are a more modern company, starting out in 1974. We sell a lot of guitars from both camps and many customers ask us which brand is better between Martin and Taylor, and what the differences between them are. As with such things as this, the answer is not so simple – neither brand is ‘better’ per se; they offer players different things. Also, guitars are very subjective so what’s right for one person isn’t always right for another.

That said, we will try to break down some of the general differences between Martin and Taylor to help you choose which guitar is right for you.

Martin VS Taylor – The Sound

Both Martin and Taylor offer a variety of body shapes and combinations of wood that result in a whole range of different tones so we’ll have to speak pretty generally. Given that Martin have been around, and indeed popular for so long, the sound they give is what many people think of as ‘the classic acoustic guitar sound’ – listen to the acoustic guitar on any big, classic album from the 60s or 70s – a lot of the time, it’ll be a Martin. Think Johnny Cash, Crosby, Stills & Nash, The Eagles, Elvis, John Martyn, Neil Young, Paul McCartney, Willie Nelson and so on.

Taylor guitars have a more modern sound – usually very crisp, balanced and articulate. Over the last 10 years or so, they’ve grown so much to become one of the biggest and most popular acoustic guitar brands in the world, rivalling (or perhaps complementing) the likes of Martin and Gibson. Generally, they tend to be a bit richer in the upper mids, with Martin having a bit more in the lower mids. More contemporary players like Damon Albarn, John Petrucci, Chelsea Wolfe, Mateus Asato, Orianthi and Taylor Swift are just some of the names out there playing Taylor guitars at the moment.

Both Taylor and Martin have great pickup systems that they use. Taylor, on most of their models, use the second generation Expression System (ES2). This captures string movement behind the saddle, instead of underneath it – this helps better recreate the natural acoustic tone of your instrument through an amp or PA. Martin work closely with Fishman so that they get cutting edge pickup designs to capture that traditional and hallowed tone. The Fishman pickups on many of the new Martins are designed to give you sound of a studio quality mic in front of your guitar, again so you get a natural, acoustic tone.

For well over a century now, acoustic guitars have generally been built using X-bracing – even Bob Taylor accepted that that was how it was done. The only problem with X-bracing is that it’s very difficult increase sustain without decreasing volume, and vice versa. Andy Powers, the Master Builder at Taylor guitars, not happy with having to make a compromise, worked for years on coming up with a new way of bracing acoustic guitars – enter V-Class Bracing.

In a nutshell, V-Class Bracing helps increase both volume and sustain, without forgoing any tone. A very fortunate by-product of this bracing method is that the guitar’s intonation is improved, so your notes and chords ring out much more in tune, no matter whereabouts you play on the neck. To my ears, the guitars that feature V-Class bracing have a very focused, studio-like sound to them and really come in handy especially when recording. V-Class Bracing is only used on a selection of Taylor Grand Auditoriumns at the moment, click here to browse them. Martin use traditional X-bracing methods and so produce a more traditional acoustic guitar sound, with the directness of V-Class – neither is better, per se, just different!

This is a bit of a funny one, as all Martin and Taylor guitars can be adjusted so that they play how you want them to. Both brands also offer different neck profiles. Taylor guitars, however, are made in such a way that makes it easier to adjust the neck angle to get the action that’s exactly right for you – it’s worth noting that here at Reidys we have a technician specially trained at Taylor USA that can do this for you in store. Martins have a set neck, which you cannot adjust the angle of, though this does mean you get better energy transfer between the neck and body, therefore, slightly more tone. 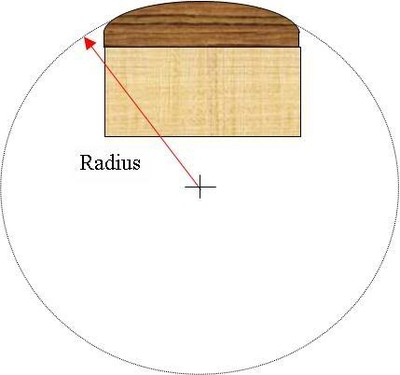 The fretboard radius on Martin and Taylor guitars are also usually different. The radius is the curvature of the neck – the smaller the number, the more curved it is and the larger it is, the flatter the fretboard will feel. On most Martins (not all), the radius will be 16″ and on Taylors (again, not all of them), they’ll usually be 15″. Some people find barre chords easier to fret on Taylors because of the slightly smaller radius. The reverse of that is that melody and lead lines might be easier to pick out on the Martin, with the slightly flatter neck.

As you might expect from such two different companies, the way in which they build the guitars differs also. Taylor employ modern techniques, many that are unique to them whereas Martin embrace the traditions that have served them so well for almost two centuries. 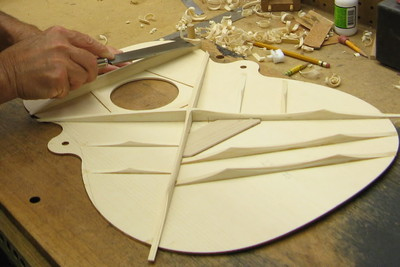 One way of looking at it is to think of Taylor as designing one perfectly crafted instrument and then reproducing that on a big scale with outstanding quality control and absolutely no room for error. With Martin, you can look at each instrument as being its own thing – crafted by hand by a number of different specialists. At Martin’s factory, the guy who does the best job of making the necks, makes the necks; the person who is the best at cutting out the body does that, and so on, as it has been done for decades. The end result with both Martin and Taylor is a really, really well made guitar – the way they get to that point is different. 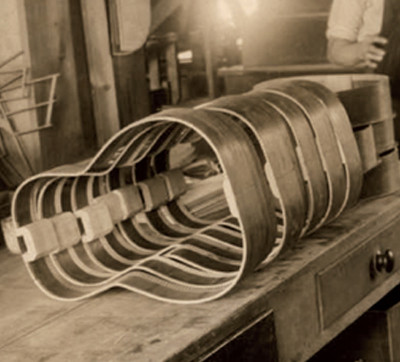 One example of Taylor’s modern building techniques is how they attach the neck to the body. The New Technology (NT) neck sits in a perfectly sized pocket and supports the fretboard all the way up to the 19th fret. This helps keep it straight and stable for longer. You might hear these and think ‘surely Taylors are made better than Martins then?’ They do use more cutting edge technology, but you can also find a Martin D-28 from the 1940s that sounds as good as it ever has and performs superbly – because the best of the best luthiers are on hand doing the job.

The whole Martin VS Taylor debate can be very crudely put down to a debate of tradition vs modernity. Having been established in 1833 and even creating the very first dreadnought guitar, Martin embrace their traditions to make guitars that weild a classic acoustic guitar tone. Taylor, with a more modern approach has a sound that’s really prominent within modern music of all genres. As mentioned, these are generalisations – you will find modern players using Martin guitars – Ed Sheeran, Noel Gallagher and Jake Bugg being just three.

We all have different preferences, and that’s why there are so many guitars available. If you go for either a Martin or Taylor, you’ll be getting an amazing acoustic guitar. Likewise, if you choose a Gibson (but that’s a whole new article). There are differences between Martin and Taylor that might mean you’ll prefer one or the other – or you’ll realise you could use both depending on the particular circumstance. If you’re local, we have a massive range of Martin, Taylor, and indeed Gibson acoustics in store, as well as specifically trained experts on hand, so come down and try some out. If you’re not local, give us a call or send an email if you need any further assistance and we’ll gladly help!