NAMM 2017 saw the release of some brand new piano upgrades from Kawai. The Kawai CN27 replaces the CN25, the CN37 replaces the CN35 and the ES110 stage piano replaces the ES100. Every few years, piano companies tend to update their models to make the most of advances in technology, meaning that you get a more authentic and enjoyable playing experience. 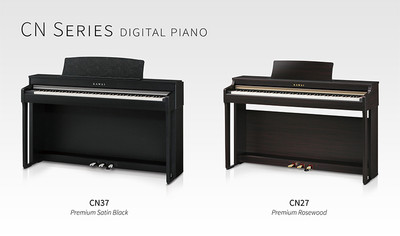 First off, the Kawai CN27 and CN37 digital pianos have two world class concert piano samples, instead of one. Previously, you had the Kawai EX concert grand sample, amongst other sounds but now, with the updated models, you have that alongside the Shigeru Kawai SK-EX available too. Only 200 of these magnificent instruments are made each year and now, you get that faithfully recreated digitally in the CN27 and CN37. This gives you more freedom when it comes to choosing the sound that’s right for whatever style of music you’re playing. Check out the sound of the CN27 below.

Another update on the Kawai CN27 and CN37 is bluetooth functionality. This lets you pair your instrument with your smartphone, tablet or laptop to stream MIDI data wirelessly. There are also educational features to help you learn and score music. Download the Virtual Technician app on your tablet to adjust sounds on your piano easily, via an interesting and attractive virtual interface. 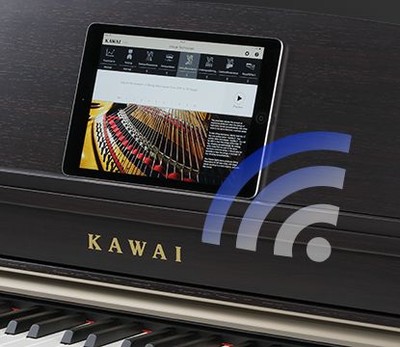 The new Kawai CN series has taken on the SHS headphone feature seen on the more expensive ranges. This gives you more sonic depth and realism to the sound when you’re using headphones – one of the biggest benefits of using a digital piano. The Kawai CN37 has also been given a slight overhaul in terms of its design too. This gives the piano a slightly more modern look that sits nicely in pretty much any style of decor. Get the rundown of the Kawai CN37 below>

These upgrades give the CN27 and CN37 the edge over their previous counterparts. They still benefit from the great Responsive Hammer III keyboard action as well as Kawai’s unique Harmonic Imaging sampling system. The recent upgrades mean you get more world class piano sounds and greater compatibility with the devices that have, in recent years, become such a big part of our lives.

The main upgrade that the Kawai ES110 has over its predecessor is a new keyboard action. The Responsive Hammer Compact action gives you a more authentic touch that’s nearer to that of an acoustic piano. This makes it a little more seamless if you’re going from an acoustic piano in lessons to this at home. The ES110 being a stage piano also means it’s more portable than a regular digital piano so it’s ideal for musicians on the move. It’s available in black and white and you can also buy a matching stand and matching pedal board for it. 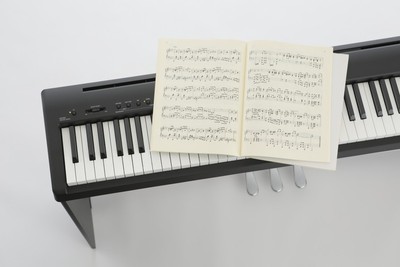