It wouldn’t be the Winter NAMM show without big news from the biggest brands in the world of the guitars, and it doesn’t get much bigger than Gibson. Fresh off the success of the recently launched Gibson USA 2019 range, the announcements will bolster a lineup which has already seen praise from everyone here at Reidys for their Golden Era focused update approach.

“We’re paying tribute to the Golden Era of Gibson by restoring authenticity for musicians with our new lineup of Classics. True to our DNA, our new Les Paul Standard returns to the classic design that made it famous. And the same can be said of other models” – Cesar Gueikian, Gibson’s Chief Merchant Officer 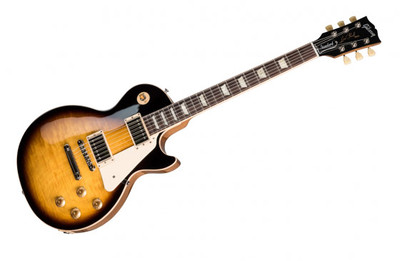 Much like models of the past, this is a modern take on the fabled late 50s Bursts. In a nutshell, it’s all as you’d expect – a solid mahogany body with AA figured maple top and a mahogany ’50s profile neck with rosewood fingerboard and trapezoid inlays. Pickups are Burstbucker 1 & 2 with Alnico II magnets, which will output a warm, vintage PAF tone. These are running through a handwired control assembly, Vintage Audio Taper 500k Pots and Orange Drop capacitors. Again, the hardware is all as expected for a ’50s model – ABR-1 Tune-O-Matic bridge, Vintage Deluxe tuners w/Keystone Buttons, amber Top Hat knobs and amber switch cap. Available in Heritage Cherry Sunburst or Tobacco Burst. 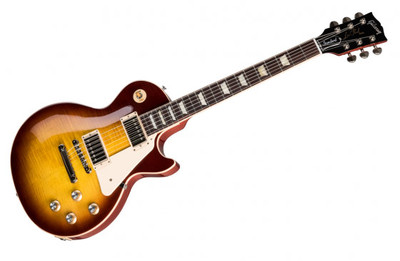 Yep, you guessed it, this is based on the 1960 Les Paul model. Starting off with a solid mahogany body with a AA figured maple top, rosewood fingerboard and trapezoid inlays, but with a mahogany neck shaped at a skinnier ‘60s Slim Taper profile than on the ‘50s equivalent. The pickups are Burstbucker 61R & 61T loaded with a hotter Alnico V which is period correct and was the final choice for Gibson’s iconic PAF pickup in the golden era. These will deliver a brighter, more pronounced attack and increased sensitivity than the warmed, lower-output Alnico II equivalent found in the Les Paul Standard ’50s. The guitars are finished off with an ABR-1 Tune-O-Matic bridge, Grover Rotomatic tuners w/ Kidney Buttons, Gold Top Hat knobs with Silver Reflectors & Pointers and an amber switch cap. Available in Iced Tea and Bourbon Burst. 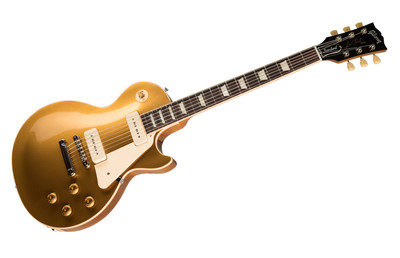 Yep; a 50s style Goldtop fitted with a pair of P90s, much akin to those sacred pre-Burst 56/57 models. It’s got a non-weight relieved mahogany body with a plain maple top, mahogany neck (with Vintage 50s profile), and a rosewood fingerboard – everything about this just looks right! . P90s have a sound of their own and sometimes get overlooked in the guitar world, so it’s nice to see they’re so well represented in the new Gibson 2019 range. Unlike the originals however, the paint doesn’t contain copper or brass, so they won’t wear or oxidize as quickly – your new guitar will stay new for quite a bit longer. 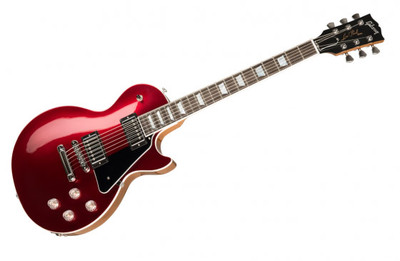 Think classic yet modern. Gibson have combined the legacy features you’d expect from a great Les Paul such as mahogany neck & body, maple top, Burstbucker pickups (Pro and Lead Pro + to be specific) but then added a dashing of actually useful features without going mad. They’ve gone for an Ultra-Modern weight relief body to stop your back feeling the strain, tied to a Slim Taper neck with an asymmetrical profile to make your grip as you move around the neck a bit more logical. Staying on the neck, Gibson have added a Modern Contoured Heel, giving you slicker access to the upper echelons of the neck and optimises sustain and stability. It’s also got a compound radius ebony fingerboard which allows for a lower and slicker action. The hardware updates see a nice addition of Grover Locking Rotomatic Tuners and Clear Top Hat knobs. A beautiful finishing touch is the bound body and fingerboard, which almost looks similar to its Gibson Custom counterpart. Very, very nice.

In a nutshell, here we have an update that isn’t radical enough to have the legacy players up in arms about, but has had enough tinkering to end up with a contemporary but well-balanced Les Paul that has that extra little bit of je ne sais quoi. 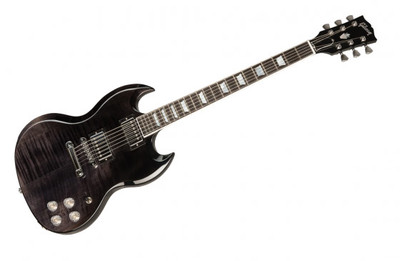 Much like its Les Paul sibling, this is an SG with a dash of magic. In fact, it bears a bigger relation to the Les Paul than ever, with a gorgeous AA maple top – something not often seen on the SG series. This classic combination should see a brighter attack and help the guitar resonate closer to what you’d find on a Les Paul. The body and neck is mahogany as is standard for an SG but updated with an ebony fingerboard and Asymetrical Slim Taper neck profile, giving you seamless access all the way up to fret 24. Loaded with two Burstbucker Pro (Alnico V), this is a guitar that sounds every bit as good as it looks; think searing lead tones, chunky rhythms, and everything in between. 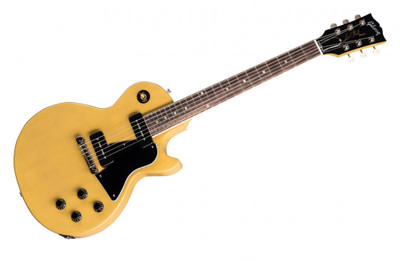 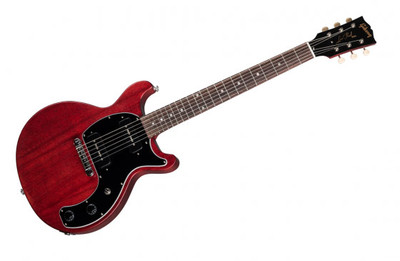 The Les Paul Doublecut Junior was probably the most talked about guitar when Gibson announced the first load of 2019 guitars. This looks to be exactly the same as the Les Paul Special, but with the addition of a neck pickup, and a 3-way selector. I must admit, I’m a big fan of the single dog-ear P90 Les Paul Junior version, but that extra soapbar P90 will certainly give you a wider range of tones. 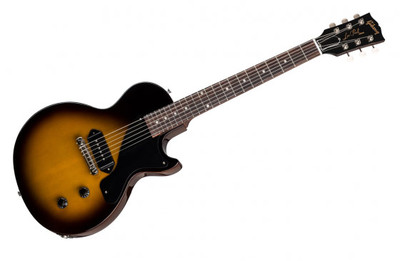 A singlecut Junior! This has got all the vintage appointments that made those mid-50s models so desirable. A back-to-basics guitar, made in the USA with everything that you want on it – including a 50s style neck profile, and nothing you don’t. 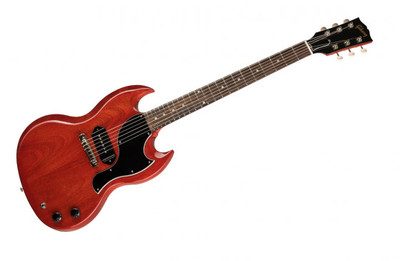 Double cutaway mahogany body, single dog-ear P90 pickup, one volume, one tone – it doesn’t get much simpler than this! Juniors were made as student models in the 50s and 60s, but they’ve since been adopted by punks, rock and rollers, and seemingly every other style of player since then. Gibson did a limited run of Juniors last year, which went really well so it’s no surprise that they’re putting another one into regular production.

This is dripping in vintage mojo. Everything from the maestro vibrola to the smaller 60s style scratchplate, and the 1961-inspired pickups give this guitar loads of character. It’s got a mahogany body, Slim Taper mahogany neck and rosewood fingerboard. It’s been a while since you’ve been able to get a 61 SG with the Maestro Vibrola, without going for a Custom Shop model, so we’re really happy to see this in the new Gibson 2019 range. 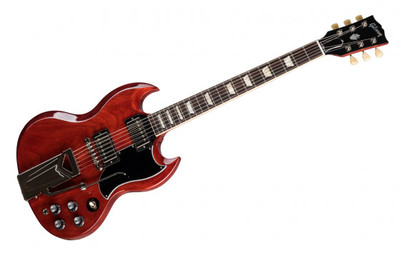 The same as the Gibson ’61 SG Maestro, but with a sideways vibrola. If you’ve never gotten on with a regular trem arm, try this, plus it looks really cool! 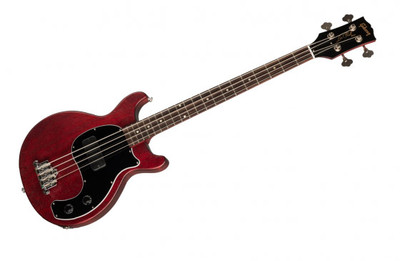 I can’t remember the last time we saw a Junior bass from Gibson. With a shorter scale and comparatively smaller body, it’s a great choice for bassists who value comfort, or for guitar players moving to bass. The 2019 DC Junior bass is fitted with a single LP BassBucker, with coil-tap ability so you’ll get a more aggressive humbucker tones or classic single coil sounds out of the one pickup. With the pickup position in the middle rather than close to the bridge or neck, it’s tonally balanced between bright and wooly, sitting in the mix nicely on stage and in the studio.