Exotic woods seem to be the flavour of the month over at PRS. Alongside the release of the new CE24 and S2 Vela Semi Hollows made from reclaimed Brazilian wood, they’ve just announced a limited run of 2017 SEs, made from a range of exotic woods. 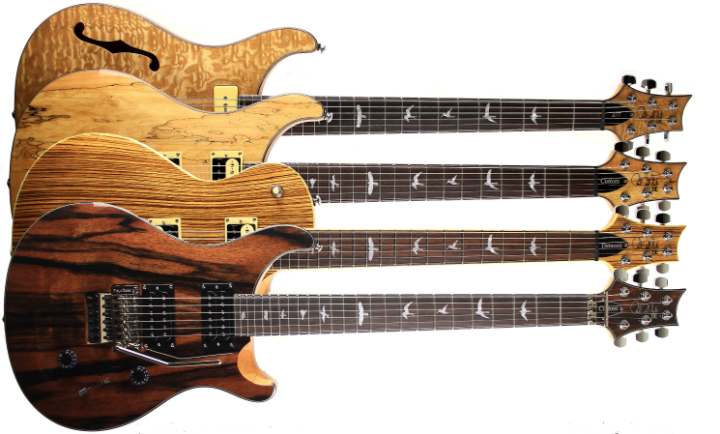 The PRS Exotic Run SE range offers four different top woods – zebrawood, ebony, swamp ash and spalt maple. By using different woods for the tops on these guitars, you’re going to get a slightly different tone to a regular maple cap. The semi hollows will also resonate slightly differently too – expect some really cool sounds from these!

These new PRS Exotic SE guitars all benefit from the 2017 spec that saw improved pickups along with the bigger Paul Reed Smith signature logo on the headstock. These pickups are more in line with the 85/15s that feature on the US-built Core line models and sound amazing – very detailed, responsive and versatile.

All four of these exotic wood tops will be available on PRS SE Custom 22 Semi-Hollow, Custom 24, Custom 24 Floyd, SE245, 277 Semi-Hollow Baritone and Tremonti models. They will be here in limited numbers so pre-order now!