The difference between the original John Mayer Super Eagle and the new Super Eagle II is that the latest one features a one piece Private Stock curly maple back, African Blackwood fretboard and headstock front vaneer, and paua bird inlays. There’s also a brand new finish that looks so, so good – Hemp Green. You’ll still get the incredible pickup configuration seen on the first Super Eagle so you can nail Mayer’s Dead & Company tone. 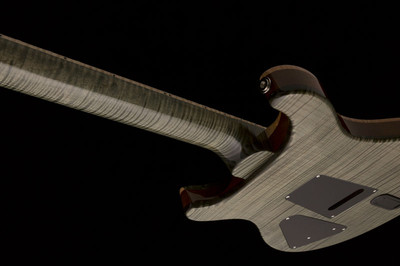 For those unfamiliar with the pickup configuration, the PRS Super Eagle 2 has two specially designed 58/15 JM pickups – with individual coil tap switches, to give you both PAF-style bite and single coil snap. In the middle of these, there’s a Narrowfield JM pickup, again with its own coil tap switch. As well as three specially designed pickups, the PRS Super Eagle II has a JCF Audio preamp which helps give the guitar what Mayer calls ‘high definition sound’. The preamp has its own switch, so you can play with it on or off. When it’s engaged, you’ve also got the option of using the treble boost. All of these features are of an outstanding quality and help make the guitar sound totally unique. 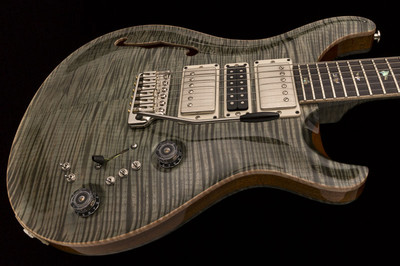 As hopefully the pictures show, the wood selected to make the PRS John Mayer Super Eagle 2 is of the highest quality; even by Private Stock levels, this is pretty special. This wood, alongside the F-hole allows the guitar to resonate wonderfully, plus, look at it! 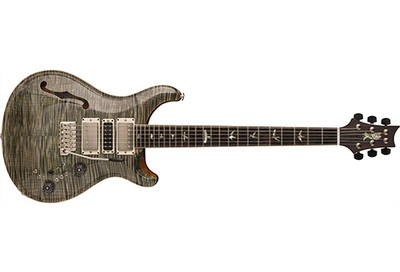 We were lucky enough to attend a private Q&A with John Mayer and Paul Reed Smith earlier this year of the release of his signature amp, the PRS J-MOD. He plays his Super Eagle (albeit last year’s) in this so you can hear how good it sounds.

We’ve secured one of the new PRS John Mayer Super Eagle 2 guitars. Without trying to sound too much like M&S, this isn’t just a guitar. It’s a piece of art; it’s a high-spec, high-end instrument; it’s an investment, it’s the guitar used by a seven-time Grammy winning icon. The previous Super Eagle sold before we’d even got our hands on it, so if you’re considering it, then a pre-order is strongly advised!