Mini Humbuckers – Giant Tone. The Les Paul Deluxe is a variation of one of the most famous guitars of all time. Featuring mini humbuckers for a slightly more cutting, brighter tone, the Les Paul Deluxe was introduced in 1968 and in the years that followed, became synonimous with the classic rock sound of the 1970s. Almost 50 years later, Gibson have managed to capture this heritage and put it into a guitar that is practical and comfortable enough for the contemporary player, as well as the traditionalists. The 2015 Deluxe strikes a fantastic balance between vintage and modern and really cements Gibson’s place at the forefront of guitar technology. 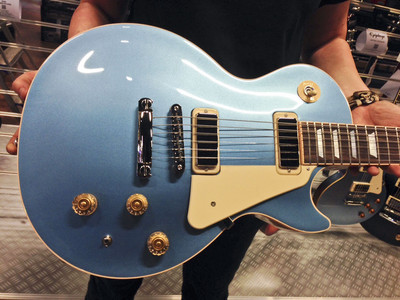 What makes the 2015 Deluxe different from any other?

A number of things. There are a number of changes for the 2015 range but features that will make a real difference to players are the new self-tuning mechanism, the new brass nut, a redesigned hardcase and the new slightly wider neck. Gibson have updated the software on last year’s Min e-Tune to create G-Force and, after having used it a dozen or so times now, it’s safe to say that it is a definite improvement. 9 times out of 10, the mechanism tunes all six strings on the first strum, within just a few seconds and open tunings taking a couple of strums and an extra few seconds. It’s very impressive and will no doubt continue to convert even the most traditional of players.

The new brass nut allows for great playability and is now adjustable meaning that tweaking your action can be done with just a slight turn of an allen key (included). The included hardcase is quite different from the past few years, though still offers great protection. It’s quite a striking colour and is now rectangular instead of being shaped; hardly a deal breaker we know, but it’s nice when you’re paying this amount of money for a guitar that you get a decent case with it and with all 2015 Gibsons, you certainly do. 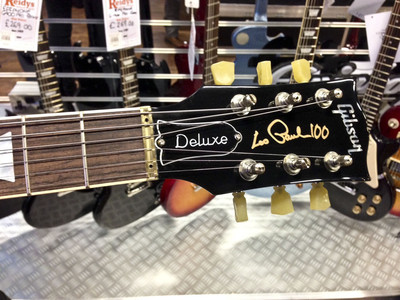 The neck is now .050″ wider either side of the E strings to increase playing surface but with the same string spacing. As soon as you get it in your hands, you can feel the difference straight away. I personally find it really comfortable; fretting chords or lead work doesn’t feel at all inhinbited and the whole neck just seems to sit in your hand nicely.

While the Les Paul Deluxe was indeed prominent in classic rock, it’s not at all a one-trick pony. The neck pickup, especially on a clean channel has an amazing warmth and clarity that, when a little tone is rolled off, renders it great for jazz. The bridge pickup is bright, without sounding harsh and sounds great through a slightly overdriven valve amp. Both pickups are very responsive and the tone knob has an incredible sweep meaning that there really is a massive range of sounds that you can get out of this guitar.

Not only this but both pickups are coil split adding even more versatility. As mentioned, when put through an overdriven amp, the guitar really excels (for my liking anyway), but even with heaps of distortion, the mini humbuckers still pump out the great tonal characteristics you’d expect. It’s only when you get to seriously high gain sounds (gain turned up full on a Blackstar HT Metal 60) that some of the clarity fades, though if you’re after a guitar for heavy metal, it might be worth looking at a Les Paul equipped with higher output pickups. 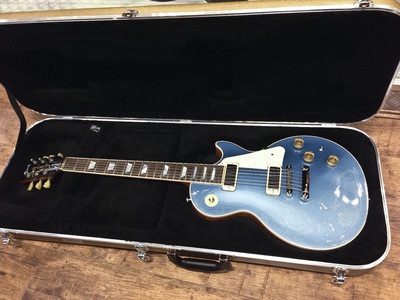 A great sounding and feeling guitar that fits nicely within the 2015 Gibson range. The new Les Paul Deluxe is, as you would expect, fantastic for rock and blues, but is equally apt for jazz and pop too. The new features add an extra level of practicality that make every day use an absolute pleasure. Priced at £1759, the Deluxe sits roughly in the middle of the 2015 price range, though the quality and attention to detail are more like that of a guitar at double its price. 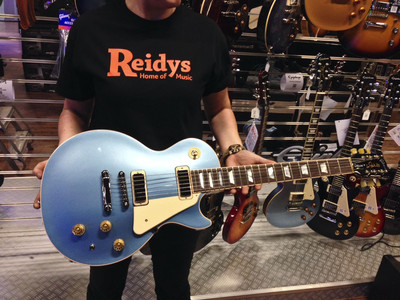