Rickenbacker guitars and basses play and sound like nothing else on the market. Sure, there are copies knocking around but they’re nothing like the real thing. The Rickenbacker 4003 is just as much a legend as the Fender Precision and the Jazz – just look at the list of players who have used one and you’ll get the idea. Notable Ricky bass users include Paul McCartney, Roger Glover of Deep Purple, Bruce Foxton of The Jam, Bernie Calvert of The Hollies, Jesse Keeler of Death From Above 1979, John Entwistle of The Who, Elliott Smith, Chris Squire of Yes, Paul Duffy of The Coral and of course – Lemmy! 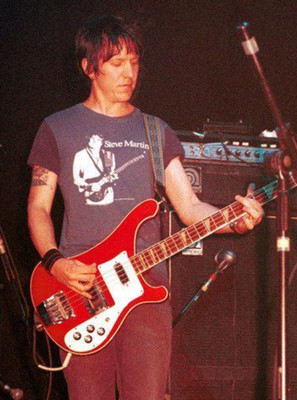 As the above list shows, a massive range of players use Rickenbacker basses and the 4003 showcases the brand’s versatility wonderfully. The Rickenbacker 4003 has an instantly recognisable and unique maple body, string through maple neck design, rosewood fingerboard and a pair of single coil pickups bursting with attitude. Never has one instrument been so ubiquitous in so many genres of music. 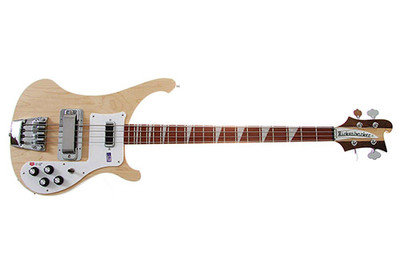 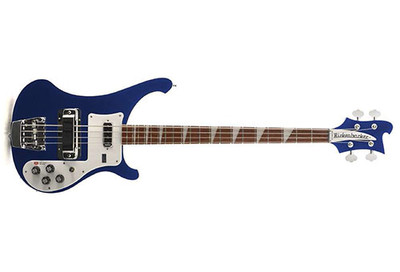 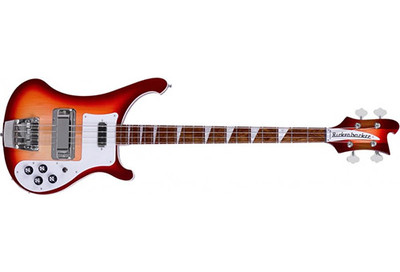 Punchy treble: ✔. Low end rumble: ✔. Sit right in the mix or cut through; it’s your choice. There’s a sonic quality to the 4003 that is uniquely ‘Rickenbacker’. Though the pickups are single coil, they’re fairly powerful and one of the knobs acts as Vintage Tone Selector on the bridge pickup so you can choose between vintage and modern sounds. With it activated, the higher frequencies are more emphasised and the lows aren’t quite as strong. If you go for the ‘modern’ option, the bass is stronger and there’s more presence.

#DicksPickOfTheDay Whether you want 60s vibes or Motörhead aggression, the Rickenbacker 4003W can do it all! Check out the review on our blog. #rickenbacker #4003 #bass #guitar #4003w #walnutguitar #motorhead #beatles #thejam

What’s great about these pickups is that they’re really clear so if you’re the kind of bassist that plays chords, all the notes ring out separately, without muddling together like can happen with some other basses. Speaking of bass chords, if you boost your mids and cut your low and high frequencies on your amp, your Lemmy tone is right there!

If you’re after a bass to tackle more the 60s end of things, the Rickenbacker 4003 can of course do that. There’s a nice warmth to the neck pickup that really suits the mid-60s era Beatles stuff (probably because Macca used a Rickenbacker around then). It will sit nicely in the low end of a band’s mix if that’s what you want to do. However, if you want to cut through, for a solo or lead break (or because you don’t like the guitarist), you can switch it over to the treble pickup and, with the right attack, cut right through the mix. You can go from mellow and rounded, to aggressive in seconds.

Let’s start with the neck. The 4003 has a nice chunky neck profile that does get a little thinner towards the top end. It’s worth noting that the bass has a neck through construction which gives it a bit more sustain. 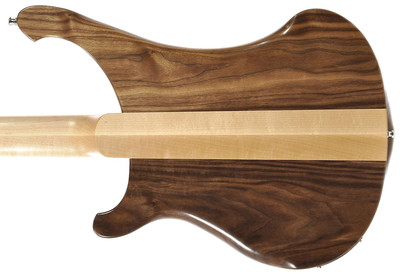 One of the other main factors of the feel is the metal cover that lies over the bridge pickup – like the original Rickenbacker horseshoe pickup. This is the only thing that I can see being an issue for some players as it means there’s an area over the strings in which you can’t really play. For me, it’s handy as it makes playing with my fingers easier. If you’re playing with a plectrum, you can pick either in front of it or behind it to give two different sounds. However, if the pickup cover is an issue, you can always just remove it! 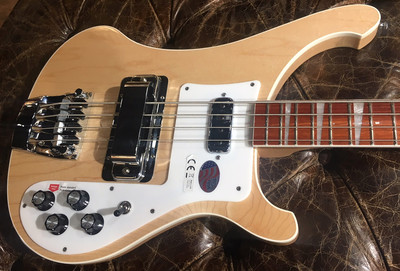 The Rickenbacker 4003 has ‘Rick-O-Sound’. This a stereo output so you can send the signal from each pickup to different amps e.g. neck pickup to a clean amp and bridge pickup to an overdriven amp – with the pickup selector in the middle, you’ll get an amazing blend of sounds. If you’re playing in a two piece band a la Royal Blood, Death From Above 1979 etc, this is a good way of acheiving a huge sound with just one instrument.

A feature that can’t go unnoticed is the look of the bass- it’s one of the most distinctive guitars in the world and the shape looks just as cool now as it did in the 60s. It’s also comfortable to play both sat down and stood up. On the headstock, you’ve got Scaller Deluxe tuners – these add to the look of the 4003 and help the bass hold its tuning (you’ll unlikely have to touch these during a gig). As you would expect with a bass around this price, it comes shipped in a decent, road-worthy hardcase and, if you want a particular set-up, we’re more than happy to do that for you – just let us know. The bass I played was set up nicely from the factory – fairly low with no unwanted buzz.

Playing the Rickenbacker 4003 might be the most fun you can have playing a bass. The sheer variety of styles it can cater for is amazing, all the while retaining a sonic characteristic that is unique and distinctive. The 4003’s rumble and punch sits just as well in a death metal band as it does in an indie band. The high output single coils allow you to sound aggressive as well as mellow and warm, depending on what you’re after.

The bass is built really solidly and it’s reliable for players that gig night after night. There’s a nice range of colours to suit everyone’s taste, or to match whatever your personal icon played. The Rickenbacker 4003 plays amazing, looks amazing and sounds like nothing else. That long list of Rickenbacker bass players now doesn’t seem nearly long enough.