X
This site uses cookies to provide and improve your shopping experience. If you want to benefit from this improved service, please opt-in. Cookies Page.
Accept Cookies
Reidys BlogUncategorizedSquier VS Fender: What Is The Difference Between Them?
Menu
Uncategorized

Squier VS Fender: What Is The Difference Between Them?

Both Fender and Squier make many of the same models – Strats, Teles, Jaguars, Jazzmasters, Jazz Basses, P-Basses and so on. On the surface, they look very similar so understandably, something we often get asked is ‘what is the difference between Squier and Fender?’

To put it simply, Squier offer budget versions of Fender guitars. Squier was acquired by Fender in 1965 and started producing cheaper Strats, Teles and more in the 80s. Ever since then, beginners have been able to get these legendary guitars, without having to spend big money on a Fender. You might see other Fender copies around produced by other brands, but none of these are in partnership with the real deal – Squier is. 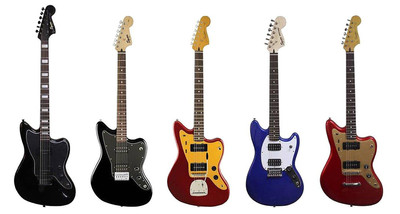 So, aside from the price, what are the other differences between Squier and Fender? Mostly, cheaper materials are used on Squier instruments – wood, pickups, hardware etc, which all contribute towards the sound of the instrument. For example, the Squier Bullet Strat has a basswood body, which may absorb some high frequencies – most (though not all) Fender Strat bodies are made from alder. The pickups in most Squier guitars are going to be slightly less defined too; you won’t get quite as wide a frequency range as those in the Fenders; particularly the American models. You also might find that, through a distorted amp, you get more feedback from the Squier. 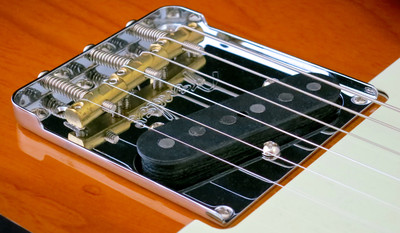 Another difference between Fender and Squier is where they’re made. Squier are manufactured in the Far East, where labour tends to be cheaper; Fender on the other hand are made mostly in Mexico, Japan and America – though the Modern Player range is made in China, and there have been a few made in Korea too. The quality control on Fender guitars generally tends to be better than that of the Squiers. Also, if you’re going for an American made Fender, it’s going to hold its value much better than a Squier made in the Far East.

Are Fender Guitars Better Than Squier?

Does all of this mean that Fender are better than Squier? In my experience, most of the time they are, but some of the higher end Squiers represent incredible value for money. The Classic Vibe and Vintage Modified Squiers are under £500 and they sound amazing, almost as good as a Fender. The Strats sound like Strats and the Teles sound like Teles, plus they’re built well and they’re great to play. Also the Affinity Strats and Affinity Teles by Squier are probably better for a beginner on a budget. Whilst a Fender guitar is the better instrument, it’s not always the best option if you’re trying to go easy on your wallet.

Squiers are used a lot by guitarists just starting out, though more experienced players and even pros play them too. If you’re a gigging guitarist, having a Squier as a backup for your Fender can mean you’ve got a spare guitar, should you snap a string or something. You might even see Squier guitars and basses on stage with Queens Of The Stone Age, The Marmozets, Mastodon, Fall Out Boy and more.

So, what is the difference between Fender and Squier? The Squiers aren’t quite up to the same standard as the Fenders. Many of the components used to make the Fender guitars tend to result in an instrument that resonates more. Most Squiers are made using cheaper woods, pickups and hardware – a saving that is then passed on to you. They’re still made under the watchful eye of Fender, so you can get a Strat, Tele, Jag, Jazz etc without spending a lot and know that you’re getting a reliable instrument from a reputable brand.

Like with a lot of things, the more you spend, the better quality you get. The American Fenders are incredible instruments, though if you’re just starting out, you might not want to spend that much. With the Squiers (particularly the Vintage Mod and Classic Vibes), you get a lot of guitar for the money. Regardless of where you are in your playing career, I’d definitely recommend trying one out – you might be pleasantly surprised!