Whether you’re a chugger, a widdler, a shredder, a tapper or simply a newbie to the world of metal guitar, you need the right amp to act as the intermediary between you and your adoring crowd. Choosing the right amp for metal isn’t quite as simple as picking the one with the most gain on tap- it’s got to produce the sound that’s right for you and react how you want it to. 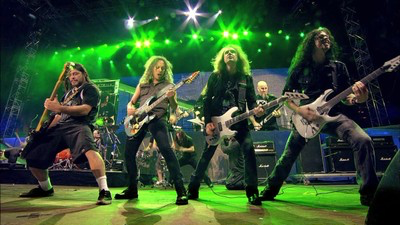 The following is a list of some of the best amps for metal, catering for a range of budgets. If you’re after your first metal guitar amp, you’ll find some suggestions ahead – just as much as you’ll find suggestions for pro level metal amps.

EVH – Eddie Van Halen. The brand name alone tells you most of what you need to know. If you’re seeking Van Halen’s tone, then look no further. The EVH 5150 is a 50 watt valve head, and is voiced perfectly for that high gain classic rock/classic metal vibe. Though Eddie himself didn’t use a ton of gain (compared to some modern metal bands), the 5150 gives you the option of 70s style crunch, Van Halen-esque classic metal and contemporary super saturation.

You’ve got three channels – a clean, a crunch/distortion, and then an even more distorted channel, that works well as a boost for solos, as it has its own volume. That second channel has a wide range in terms of gain – with the Van Halen sound lying somewhere in the middle. It’s also got a three band EQ so you can dial in what you want, or scoop the mids as you please. With the EQ set flat, it’s perhaps surprisingly bright – oviously, you can tweak this to your liking, but there, it sounds really clear and almost polished – personally I like that, and makes it great for recording. The third channel is really high gain – once you get past 9 o’clock, it stops adding more gain and adds more low end and compression. With the gain up, the bottom end retains tightness and the tops remain articulate.

The EVH 5150 is so much fun to play through and is certainly one of the best amps for metal. Obviously it’s the one for nailing that EVH sound, though its by no means a one trick pony. Other users of the 5150 include the lads from Machine Head, Architects, Dimmu Borgir, Gojira, The Haunted and many more.

There’s even now a lunchbox version of the EVH 5150. It’s rated at 15 watts so is an ideal metal amp for the studio, practice, home use and even smallish gigs. There’s also a 1/4 power switch so you can get that driven valve sound, without deafening yourself.

Orange’s Dual Dark amps offer four gain stages and two channels. Channel A has a three band EQ, volume and gain, and Channel B is based on the Dark Terror; sporting a volume, gain and tone shape knob. This way, you’ve got one channel that you can keep as a clean/crunch then have your other set as your rhythm sound. Use the footswitchable attenuator to boost for solos. 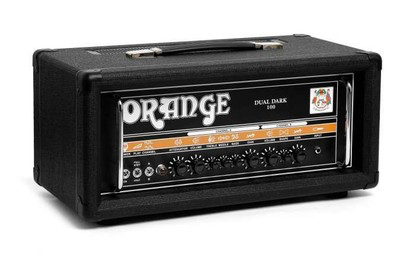 Sound-wise, it’s crisp, with plenty of mid-range clout (though you can change this with the EQ). There’s also some HEFTY bottom end. Whatever tuning you’re in, the Dual Dark adds some really nice, rich bass frequencies. There’s no fizziness or flopiness to the gain, and the amp also allows you to nail a classic 60s/70s rock, or even indie sound, just as well as it does a metal sound. With the EQ flat, it’s darker sounding than the 5150 so has a distinctly different flavour. Whilst it’s got a lot of gain, more so than a Rockerverb or TH, it doesn’t quite have as much as the 5150’s third channel. The Orange Dual Dark‘s rich voicing and versatility and four gain stages mean it’s one of the best amps for metal around at the moment.

If you want something a little smaller, check out the Orange Dark Terror – lots of gain packed into a small-sized, valve-filled 15W head. Jim Root of Slipknot and Stone Sour also has a signature Tiny Terror based on his Rockerverb. Want to go even smaller? The Orange Micro Dark is probably the smallest head to offer that much gain – pair it with the PPC108 cab for a mini metal stack. 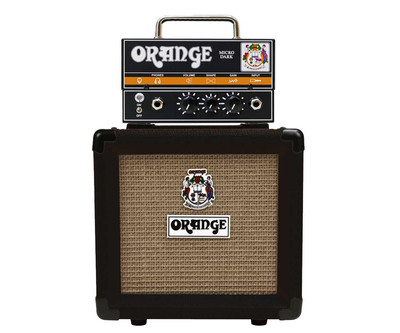 A newcomer, compared the other amps here. The Boss Katana is a solid state modelling amp – the sounds are based on other amplifiers. Whilst that does mean it doesn’t have a unique tonal characteristic of its own per se, it’s incredibly versatile and is a lot cheaper than most valve amps. 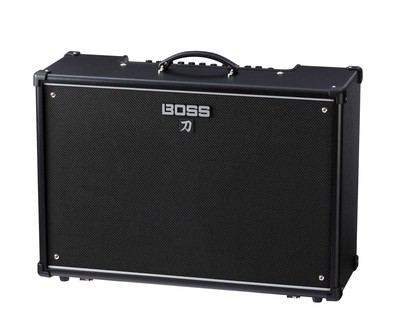 The Katana has five amp models – two of which are ideal for metal, depending on how much gain you want. The ‘brown’ amp setting gives you the most gain – not as much as the above two amps but enough to take care of a variety of metal tones. What’s also great about the Boss Katana is that is has on board effects – the delay and boost are great for adding volume and texture to solos.

It doesn’t react like a valve amp does, but it’s not too far away. For the money, it’s an incredible bit of kit and has proven itself to be one of the best amps for metal, particularly for those just starting out, or perhaps as a backup amp. The Boss Katana is available as either a 50 watt combo, 100 watt 1×12 combo, 100 watt 2×12 combo and as a head.

The Marshall JCM800 is an absolute legend in the world of metal. It’s by no means the highest gain amp; in fact, on its own it’s more suited to classic rock than it is to metal. However, stick a Tubescreamer, or any decent drive pedal that’s going to work the valves in front of it, and you’ve got a glorious, raw, punchy, classic metal tone. The Marshall JCM800 is a single channel, no-nonsense rock amp. If you want a clean tone, you’ll have to dial back the volume on your guitar. It’s the one to go for if you want a simple, old-school rock or metal amp. Players known for using the JCM800 include Kirk Hammett, Lee Malia, Bill Kelliher, Kerry King, plus a load more.

If however, you dont want to mess around with pedals, you only have to look a little further to the slightly more modern Marshall JCM900. This has two channels, reverb and more gain. Each channel has a master volume and master reverb allowing you to dial in two very diferent sounds to change between. Pair this with a closed-back cab and you’ll get a huge, punchy sound with plenty of low end resonance making this, and indeed the JCM800 great amps for metal.

The Marshall JVMs have the same, classic sonic quality that the JCMs boast but they’ve been redesigned for more contemporary players. These amps are really versatile – they can tackle pop just as well as they can tackle metal – not that you’d admit that… It does mean that they’ve got a really nice clean sound, great classic rock crunch, as well as loads of gain at your disposal. 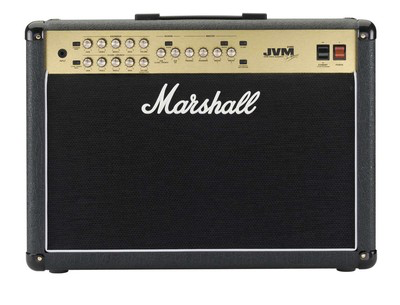 The Marshall JVMs are available with either two channels, or four – both with options of either 50W or 100W. Both have switchable gain modes to give you a slightly different tonal flavour. They’ve also got on-board reverb so that’ll save you buying a pedal. There’s even a signature JVM head for virtuoso Joe Satriani – the Marshall JVM410HJS. The channels have been slightly revoiced, plus instead of reverb, you’ve got individual noise gates for each channel allowing you to really crank the gain, without the unwanted hiss that comes can with it.

The way I see it – if you want a classic metal sound, the JVMs will do it, just not quite as well as the JCMs – however what they do incredibly well is modern metal. They’re also one of the best metal amps if you need a variety of sounds as you can easily dial in different tones and switch between them.