X
This site uses cookies to provide and improve your shopping experience. If you want to benefit from this improved service, please opt-in. Cookies Page.
Accept Cookies
Reidys BlogUncategorizedWhat Are The Differences Between The Novation Synths: MiniNova, UltraNova and Bass Station II?
Menu
Uncategorized

What Are The Differences Between The Novation Synths: MiniNova, UltraNova and Bass Station II?

The synthesiser can be one of the best instruments to get creative with. The range of sounds you have available at your fingertips can be inspiring. But, also sometimes it can be overwhelming, and with all the different options available – which synth is best for you? Novation are one of the top dogs when it comes to anything music tech related – their range of MIDI keyboards and controllers is incredible, but they also have a few different synths available at the moment – the MiniNova, UltraNova and the Bass Station II. Whilst they may look similar, knowing the subtle and not so subtle differences between them can help you decide which one will best suit your needs. 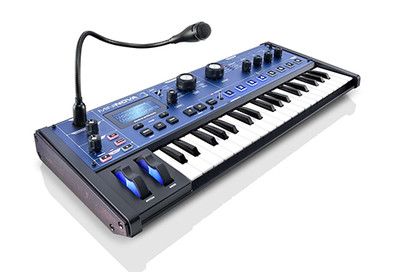 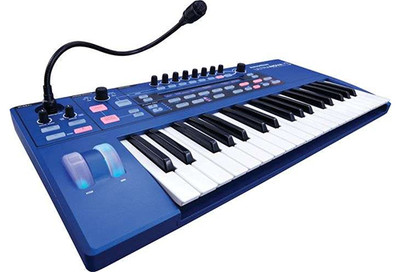 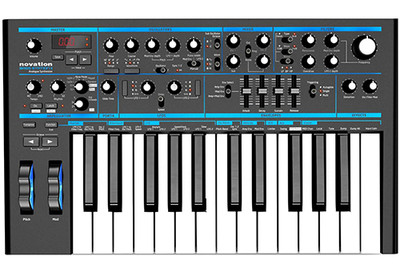 The Novation MiniNova and UltraNova are quite similar so it’s best to compare these two together and then take a look at the Bass Station II.

The MiniNova is essentially the younger brother to the UltraNova. Both share the same digital synth engine (boasting 14 waveforms, 36 wavetables and 20 digital waveforms, alongside 3 oscillators, 6 envelope generators, 3 LFOS and effects) but differ in how they’re laid out and in their hardware functionality. Both synths can cover bass sounds, lead tones, pads and arpeggios. The first major difference between the MiniNova and the UltraNova is key size – the UltraNova has full sized keys whereas the MiniNova has smaller keys. This gives the UltraNova the edge for players who are perhaps already used to playing full sized keys on either another synth or a keyboard. The UltraNova also has more options when it comes to inputs and outputs and works as an audio interface too. Both these synths have a vocoder, however the smaller MiniNova also has the VocalTube function (see video). Also, the pads on the MiniNova are fantastic for live performance; chances are you’re not going to play your music exactly the same way, every single night and these pads allow you to adjust your sound off the cuff. Sounds are tweakable on the UltraNova too, with the 8 touch sensitive knobs along the top.

Personally, I find the MiniNova great for performances – it’s all there laid out in front of you and it’s easy to get different sounds when you need them quickly. Plus, it’s smaller size means that it’s more portable if you’re carrying a lot of gear to a gig. The UltraNova however allows for deeper sound editing; you can get more out of the same synth engine with a little tweaking. Plus all the inputs and outputs and the fact you can use it as an interface makes it the perfect studio synth.

The Bass Station II is different to the MiniNova and UltraNova as it’s a proper analogue mono synth. It combines old-school sounds with new-school practicalities. If you just want classic bass synth sounds, then it can definitely handle that. The Novation Bass Station II has three oscillators, one of which is a sub oscillator that delivers thick, analogue bass tones. However, if you’re looking for lead and arpeggio sounds, you’ve got that too, plus all the options are nicely laid out making playing and tweaking your sound easy. The Bass Station has an all analogue single path, including the effects section, and has two filters that give a different flavour of sound; ‘Acid’ and ‘Classic’. What I really like about the Bass Station II is that it has MIDI in and out, plus it comes with 64 different presets already built in, as well as 64 slots for your own so when you come up with a setting you really like, you can save it for easy recall. The Novation Bass Station is a classic synth with unrivalled practicality, made for today’s modern player.