X
This site uses cookies to provide and improve your shopping experience. If you want to benefit from this improved service, please opt-in. Cookies Page.
Accept Cookies
Reidys BlogUncategorizedYamaha Clavinova CLP675 VS 685: What Is The Difference?
Menu
Uncategorized

Yamaha Clavinova CLP675 VS 685: What Is The Difference?

In this article, we will look at the differences between the two Clavinovas that sit at the top of the 600 range – the CLP675 and CLP685. Whilst they both feature Yamaha’s first new keyboard action in 21 years – GrandTouch, there is a difference in the touch between the two pianos, as will be explained. The CLP685 also has an improved speaker system, plus it’s got a little more under the hood that makes it a more versatile instrument. The table below gives you the main differences at a glance.

What Are The Differences Between The CLP675 and CLP685?

Whilst both the CLP675 and CLP685 feature the incredible GrandTouch keyboard action, the 685 has counterweights in each key so that they respond and return to their original position more naturally. On an acoustic grand, keys have counterweights so that a player has more control when playing lightly – the CLP685 has the same so that it feels as close to an acoustic grand piano as possible. If you want a great feeling keyboard action that responds to your touch, then GrandTouch on the CLP675 will do just very nicely; however, if you want to get as close as is currently possible to the action of an acoustic grand piano in a fully digital piano, then the CLP685 is the one to go for.

The CLP685 is Yamaha’s flagship Clavinova, and the action reflects this. Counterweights are the final piece in the CLP600 series’ GrandTouch legacy, so to speak. If you’re used to playing on a grand piano, or you play one in exams or recitals, then having a CLP685 at home to practice on means that the feel of the two instruments you’re going between is closer, therefore you won’t have to adjust your technique as much.

As with all Clavinova upgrades, the CLP685 has an improved speaker system compared to that of the 675. The 685 has more powerful amplifiers, making it louder – something you might need if you’re playing in a large room. A louder speaker system also means you get a better dynamic response – that is, playing very quietly and very loudly is better represented through the speakers. With more headroom, the sound is also a little clearer. 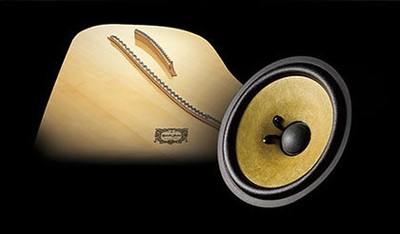 Not only are the amplifiers in the CLP685 more powerful than they are in the 675, but the speaker cones in the 685 are made from spruce. Whilst this may not seem like much, it’s worth noting that the soundboard on an acoustic piano is traditionally also made from spruce. As you probably know, Yamaha make acoustic pianos as well as digital ones – they actually use pulp from the same spruce wood used to make these acoustic pianos, for the speaker cones. Whilst it might be a small touch, it helps give the CLP685 a more piano-like attack, making the whole experience that bit more like playing an acoustic instrument.

A fairly simple one – the CLP685 has more sounds than the 675 making it that bit more versatile. One of these extra voices is sampled from the Yamaha C7 Grand Piano – the instrument of choice for players such as Alicia Keys and Jamie Cullum, so it’s ideal if you want slightly more poppy or contemporary sound. The CLP685 also has a range of drum kit sounds built in. With these and the on-board 16-track recorder, you can craft entire songs. The 480 XG voices you might have noticed in the table above, are essentially MIDI voices – if you have MIDI files made up of all sorts of different instruments, you can play them through the CLP685.

The cabinet designs of these two pianos are slightly different. The CLP685 stands a little taller than the 675 and it has a folding key cover. Are these absolutely key selling points? Not necessarily, but remember, these Clavinovas aren’t just superb instruments, they’re also beautiful pieces of furniture, so the aesthetics do need to be considered. 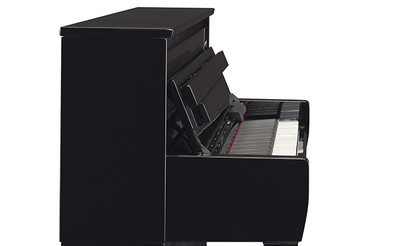 The CLP675 is a superb instrument – it sounds and it plays wonderfully. However, with the CLP685 sitting just above it, there are reasons to upgrade. With counterweights in each key of the 685, the action is the closest to that of an acoustic grand piano within the entire Clavinova series – probably even within any digital piano around this price. The upgraded speaker system gives you more volume, as well as a better dynamic range. If you want a Clavinova that sounds and plays as close to a grand piano as possible, then the CLP685 is the one!