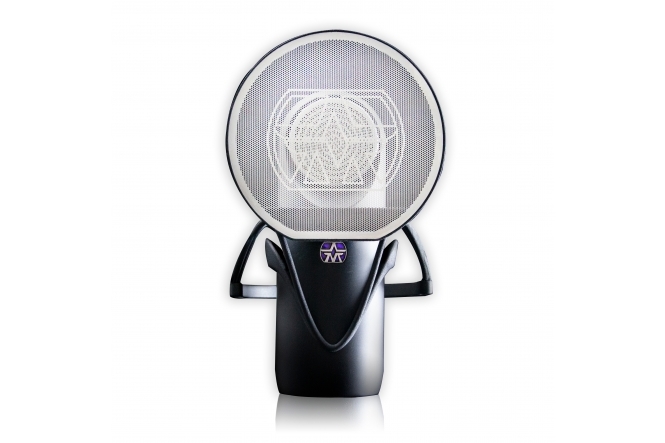 Code: AST-ELEMENTBUN
In Stock Out of Stock | In Stock
Loading...

After 18 months of R&D and 3 months of public listening tests to develop the sound of our new mic, the Aston Element, we can finally reveal the full product details. Aston Element, with its all-new ‘Ridyon’™ capsule technology for superior performance at low cost, ships complete with a custom shock mount and pop shield.

Like all Aston mics, Element incorporates a huge amount of innovation. Everything from the capsule technology, the chassis design, the magnetic pop filter, and even the backlit-LED logo 48V phantom power indicator (or as we like to call it, cool light!) massively go beyond the limits of products normally sold at this price point.

Not only is Element extremely affordable, but it will consistently outperform all mics in its class. This is something which you really don’t have to take our word for because over 4000 customers from all across the world have helped us to define the sound of Element in peer-reviewed blind listening tests against the biggest brands in the business. During the course of this 3-month public testing series, we have developed the sound of the mic using data collected from these comparison tests, which have included major brand competitors such as Blue, Rode, AKG, Audio Technica, and Neumann.

While other companies, particularly in the software sector, invite their customers to become beta-testers, this is invariably to check a product which is pretty-much already finished. It’s just checking for bugs. Never before in the audio industry has the actual SOUND of a product been decided by the eventual users from the early stages of development.

We took the Aston Element to prototype stage, so we had the chassis and the ‘nuts and bolts’ of the electronics in place, but the most important stage of all, the voicing – which gives each mic out there its own character and distinguishes it from all the others – has been left to you.

By participating in Project Element, thousands of musicians, engineers and producers from all over the world, have had their say in the final heart and soul of this unique and beautiful microphone.

The sound you voted for

Through several rounds of bind listening tests against competitors’ mics, you have helped make Element the best sounding mic, not just in its class, but a rival for many far costlier options.

The mic itself boasts brand new ‘Ridyon’™ capsule technology, combining the best elements of all 3 existing classes of microphone. Utilising 48 V phantom power, the mic’s incredibly lightweight Active-moving-coil-diaphragm delivers high end condenser mic sensitivity and performance, with the punchy bass and rejection capability of a great dynamic mic and the open, natural, sound of a ribbon.

This stylish and highly effective shock mount, included as part of the mic bundle, has been designed specifically for the Aston Element to eliminate undesirable vibrations.

Included in the Element bundle is an ingenious, proprietary magnetic pop filter which attaches in a split second to keep plosives and ‘esses’ at bay. No other pop shield works this way, and we’ve shielded the magnets from the capsule so the sound remains completely free of artefacts.

Aston fans will know that purple is our colour, and on the Element we’ve made the mic badge backlit so you know when phantom power is present. And it looks…. beautiful!

We have put our hearts and minds into creating the most beautiful performance pieces possible with each Aston product. When it comes to packaging we believe simplicity is king. Protective, re-useable, environmentally sensible packaging that doesn’t cost the earth.

The secret’s in the capsule tech

The mic itself boasts brand new ‘Ridyon’™ capsule technology, combining the best elements of all 3 existing classes of microphone. Utilising 48 V phantom power, the mic’s incredibly lightweight Active-moving-coil-diaphragm delivers high end condenser mic sensitivity and performance, with the punchy bass and rejection capability of a great dynamic mic and the open, natural, sound of a ribbon.

The capsule is significantly larger than most at 1.5” / 38mm. The design enables the diaphragm to move more freely and further than other microphones capsules, enabling it to handle significantly higher sound pressure levels before distortion. The freedom of movement also gives Element a far better bass response than other competing microphones, which is most noticeable in its ability to accurately reproduce low-mid frequencies, all giving the mic a warmer and more natural sound.

The Element capsule also has an internal 360-degree suspension system. Most, if not all, other microphones have the capsule mounted at a single point, making them more sensitive to external vibrations in a given direction. Element has its capsule suspended in a 360-degree elastomer suspension, giving superior protection from shocks - regardless of direction.

Both the capsule body and mic chassis have been designed (and extensively tested) to provide the flattest possible frequency response. The Ridyon™ capsule is unlike that of any other microphone, in that it uses acoustic treatment rather than metalwork to achieve this. The custom (and very retro-cool looking) grill acts as a diffuser for source audio entering the mic, and the contoured body shape and slimline monocoque capsule housing helps direct source audio to the capsule with minimal diffraction… put simply, the design of the microphone itself maximises the performance of the capsule inside.

Coupled with the extended diaphragm movement, the beautifully elegant circuitry design is able to handle about 150 times the maximum output from the capsule, so regardless of what you throw at the mic, the circuitry can handle it without distortion.

The best moving coil microphone ever made?

Condenser microphones at this competitive price point have one thing in common: the capsules are, let’s say ‘entry level’ quality.  We refuse to build mics with cheaply produced condenser capsules, because they sound like they cost. The capsule of our own Aston Origin, for example, is very obviously of significantly better quality than that of other mics in its class, which is why it is consistently compared to mics 10 times it’s price in reviews and by professional producers, artists and engineers across the world (not to mention all the awards!!). Even the untrained eye can see that, in the engineering quality of the capsules we build.

So, rather than going down-market and making another ‘me too’ cheap condenser mic, we focussed instead on the development of the most advanced moving coil mic in history. This has allowed us to produce a microphone which can significantly out-perform its sub $200 condenser peers. The reason for this is one of manufacturing complexity. Condenser capsules have to be assembled by hand if they are to be any good, this is a costly business. Moving coil capsules, because of their simpler construction, are made entirely by machine. As well as meaning that manufacturing is less costly, it also means that tolerances are tighter, so every mic is guaranteed to sound the same.

Moving coil mics have been historically perceived as being inferior to condensers, mostly due to manufacturers building very cheap capsules for the mass-live market… but if you ask any pro engineer they’ll tell you that a world class studio dynamic mic will deliver some of the best sounding results you’ll ever get. The design of the Element capsule addresses all the 'shortcomings' of moving coil (no top end, shouty mids etc.) by making the super-lightweight diaphragm behave more like a ribbon in terms of its movement characteristics, delivering better mid-range performance and SPL handling.  The diaphragm is much larger and lighter than other moving coils, which gives a high frequency response that is much more like a condenser. The added bonus being that, when you put these two characteristics together, you get a microphone with a better bass and transient response than either a ribbon or a condenser.